Long history of nuns abused by priests in India 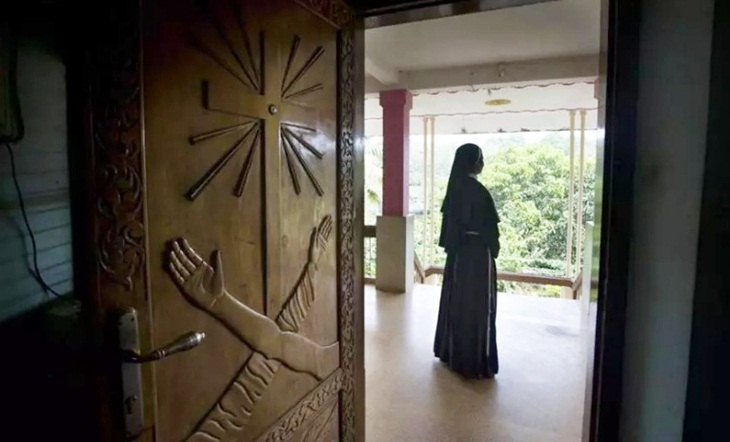 The nuns talk of Catholic priests who pushed into their bedrooms and of priests who pressured them to turn close friendships into sex. Across India, they talk about being groped and kissed, of hands pressed against them by men they were raised to believe were representatives of Jesus Christ.

At its most grim, nuns speak of repeated rapes, and of a Catholic hierarchy that did little to protect them.

The Vatican has long been aware of nuns sexually abused by priests and bishops in Asia, Europe, South America and Africa, but it has done very little to stop it, The Associated Press reported last year.

Now, the AP has investigated the situation in India and uncovered a decades-long history of nuns enduring sexual abuse from within the church. Nuns detailed the sexual pressure they endured from priests; nearly two dozen nuns, former nuns and priests, and others said they had direct knowledge of such incidents.

Still, the problem is cloaked by a powerful culture of silence. Many nuns believe abuse is commonplace, insisting most sisters can at least tell of fending off a priest's sexual advances. Some believe it is rare. Almost none talk about it readily, and most speak only on the condition that they not be identified.

But this summer, one nun forced the issue into the open.

When repeated complaints to church officials brought no response, the 44-year-old nun filed a police complaint against the bishop who oversees her order, accusing him of raping her 13 times over two years. A group of nuns launched a public protest to demand the bishop's arrest.

The protest divided India's Catholic community. The accuser and the nuns who support her are now pariahs, isolated from the other sisters, many of whom defend the bishop.

"Some people are accusing us of working against the church," said one supporter, Sister Josephine Villoonnickal. "They say, 'You are worshipping Satan.' But we need to stand up for the truth."

Some nuns' accounts date back decades.

Like the sister, barely out of her teens, teaching in a Catholic school in the early 1990s. It was exhausting work, and she was looking forward to time at a New Delhi retreat center.

The nun is a forceful woman who has spent years working with the poor. But when she talks about the retreat her voice grows quiet.

One night, a priest in his 60s who was supposed to be leading the nuns in reflection went to a neighborhood party. He came back late and knocked at her room. She could smell the alcohol.

"You're not stable. I'm not ready to meet you," she said.

But the priest forced his way in, tried to kiss her and grabbed at her body.

Weeping, she pushed him back enough to slam the door.

Afterward she quietly told her mother superior, who let her avoid meeting the priest again. She also wrote anonymously to church officials. The priest was re-assigned.

But there were no public reprimands, no warnings to other nuns.

She was too afraid to challenge him openly.

"For me it was risking my own vocation," she said.

Caught at this intersection of sexual taboo, Catholic hierarchy and loneliness, sisters can be left at the mercy of predatory priests.

It can be particularly hard for sisters from deeply conservative Kerala.

"Once you grow up, once you get your first menstruation, you are not encouraged to speak normally to a boy," said a nun from Kerala, a cheerful woman with sparkly glass earrings.

That naivety, she said, can be costly.

Like the time she was a novice nun, still in her teens, and an older priest came to the Catholic center where she worked. He was from Goa, another coastal state.

When she brought the priest his laundry, he grabbed her and began to kiss her.

"The kissing was all coming here," she said, gesturing at her chest.

"He was from Goa. I am from Kerala. In my mind I was trying to figure out: 'Is this the way that Goans kiss?'"

She soon understood what was happening but couldn't escape his grip. Eventually, she slipped out the door.

She quietly told a senior nun to not send other novices to the priest's room. But she made no official complaint.

In the church, even some of those who doubt there is widespread abuse of nuns say the silence can be enveloping.

Archbishop Kuriakose Bharanikulangara calls abuse "kind of sporadic. Once here, once there."

But "many people don't want to talk," he continued.

The rapes, the nun says, happened in a small convent in rural Kerala, where the sisters at the St. Francis Mission Home spend their days in prayer or caring for the aged.

The rapist, she says, was the most powerful man in this world: Bishop Franco Mulakkal.

Mulakkal was the official patron of her community, the Missionaries of Jesus, wielding immense influence over its budgets and job assignments.

Every few months, the nun says, Mulakkal would visit the convent. Then, according to a letter she wrote church officials, he raped her.

Mulakkal angrily denies the accusations, accusing the sister of trying to blackmail him to get a better job.

"I am going through painful agony," said Mulakkal, who was jailed for three weeks and released on bail in October.

Many in Kerala see Mulakkal as a martyr, and a string of supporters visited him in jail.

The sisters who now cluster around the nun who leveled the accusations see things very differently.

"Many times she was telling him to stop. But each time he was forcing himself on her," said Villoonnickal, the nun, who moved back to Kerala to support "our survivor sister."

Catholic authorities have said little about the case, with India's Catholic Bishops' Conference saying in a statement that it has no jurisdiction over individual bishops, and the investigation and court case must run their course.

"Silence," the conference said, "should in no way be construed as siding with either of the two parties."