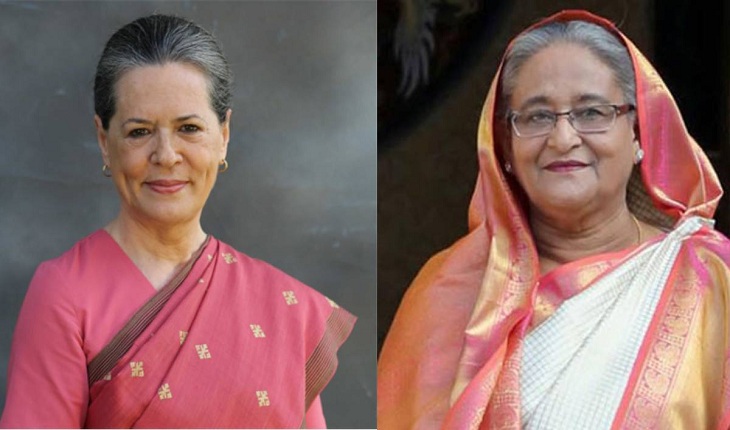 Sonia Gandhi also wished success of the prime minister and continued peace, progress and prosperity of Bangladesh, he said.