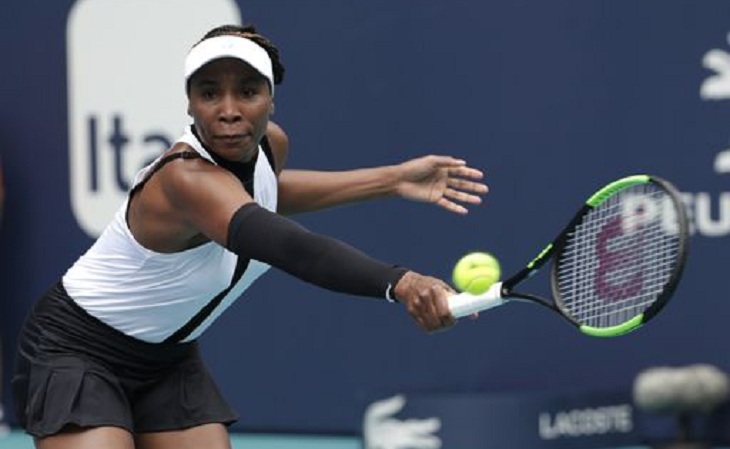 Williams, making her 20th appearance in the tournament, won the title in 1998, 1999 and 2001 when the event was played on Key Biscayne. It moved this year to the Miami Dolphins' complex, and Williams played in the stadium.

Cori Gauff, a 15-year-old wild card from Delray Beach, Florida, became the youngest player since 2009 to win a WTA Tour match when she beat Catherine McNally 6-3, 6-4.