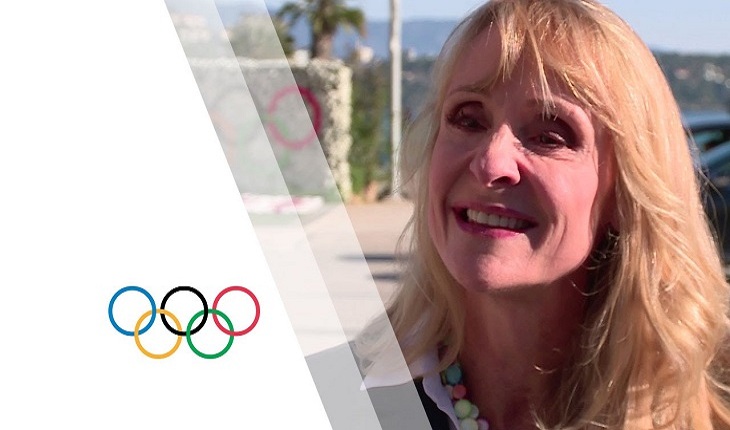 Three years after the trauma of being raped by a stranger while jogging outside a university campus, American swimmer Nancy Hogshead-Makar lit up the 1984 Olympic Games in Los Angeles by winning three gold medals and a silver.

Today, the 57-year-old lawyer, mother and activist devotes her life towards the fight for gender equality and the battle against sexual abuse in sport.

In an interview with AFP ahead of International Women's Day on March 8, Hogshead-Makar says she remains "unrealistically optimistic" about her work and life in general.

"I guess you have to be in order to try to win in the Olympics and try to address sexual abuse in sports," Hogshead-Makar said. "They're pretty audacious goals."

The day before the interview, Hogshead-Makar had been working until the early hours drafting a letter to the US Congress about bipartisan legislation that calls for tougher protections for amateur athletes against abuse by coaches and employees.

Hogshead-Makar's work ethic mirrors the dedication that formed the cornerstone of her swimming career -- from the age of 11, she would spend four hours a day churning the waters of her training pool.

"My winning formula was to compete," Hogshead-Makar said. "That's how I was successful in life."

After retiring from swimming, the Iowa native channelled her energy into helping others. After becoming a lawyer, she focused on campaigning for gender equality and combating sexual abuse in sport.

For decades, Hogshead-Makar did not talk publicly about the traumatic events that occurred in the autumn of 1981 when she was 19.

While out jogging outside the campus of Duke University in North Carolina, she was raped by a stranger. With help and support from loved ones, friends and coaches, she rebuilt her life but kept the attack private.

"I didn't talk about it for 20 years because I would have started to cry, as I healed from it," Hogshead-Makar said.

Eventually, a friend and mentor, the human rights activist Richard Lapchick, suggested that talking about the attack could help.

"He said, 'You really need to start talking about your own experience'," Hogshead-Makar said. "And he was right."

She suffered from post-traumatic stress disorder.

"I felt profoundly broken. I felt forsaken by God. I was scared all the time," she said. "I thought that I could overcome it by willing it away."

"Number one, everybody around me believed that it happened," she said. "Number two, people believed in the depth of my emotional harm. Nobody told me, 'Just get over it'."

In her efforts to foster change in Olympic sports in the United States, she's drawing from her experience as an elite swimmer.

Hogshead-Makar believes that the nature of competitive swimming fosters equality.

"It's no coincidence that some of the best gender equity advocates come from the sport of swimming because we see equality," she said.

"I trained almost exclusively with guys. I was accustomed to having things be fair. We swam lap-for-lap and we lifted weight-for-weight."

There have however been cases of questionable behavior.

One of Hogshead-Makar's former coaches, Mitch Ivey, was suspended from the sport for life in 2013 after evidence emerged of improper sexual relationships with multiple swimmers he had coached.

"The boundaries are just not well spelled out the way they are for counselors, religious leaders or lawyers or teachers," says Hogshead-Makar, who has founded the advocacy group Champion Women.

In 2012, the United States Olympic Committee ordered all its member federations to ban intimate relationships between coaches and athletes, regardless of age and consent.

Hogshead-Makar however says the message still needs to be reinforced. She estimates that only 0.5 percent of swimmers and 1.4 percent of their parents have received adequate training to safeguard against the problem.

To raise awareness on the issue, Hogshead-Makar is working on a social media campaign with Child USA, a non-profit which works to end child abuse and neglect in the United States.

She was also heavily involved in the effort to launch the US Center for SafeSport, the first independent organization to combat sexual and physical violence in Olympic sports, which launched in 2017.