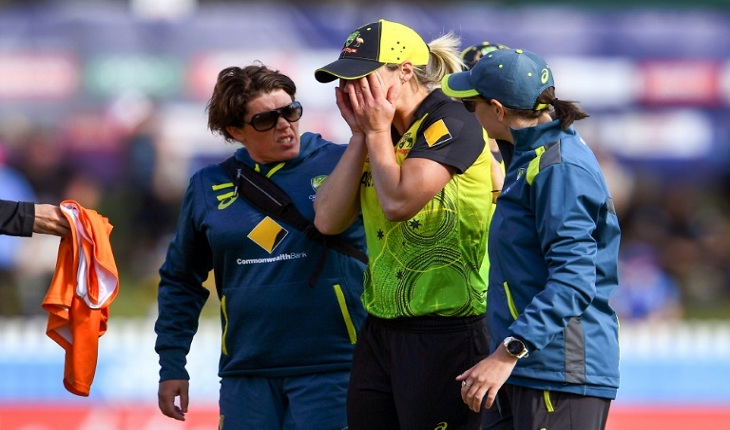 Defending champions Australia were dealt a heavy blow Tuesday as star player Ellyse Perry was ruled out of the rest of Twenty20 World Cup with a hamstring injury.

The world’s top-ranked women’s allrounder limped off in pain after attempting a run out during Australia’s narrow win over New Zealand on Monday.

Cricket Australia said she would miss the four-time champion’s semi-final in Sydney on Thursday and the final on Sunday if they get that far.

So severe is the injury that she will also be unavailable for Australia’s tour of South Africa later this month.

“Ellyse sustained a high-grade right hamstring injury that is expected to keep her out of the game for a significant period of time,” team doctor Pip Ing said in a statement.

“We are currently exploring management options and will continue to support Ellyse through her recovery.”

Australia’s opponents in the semi-final will be determined later Tuesday with head coach Matt Mott saying he was confident they had enough depth in the squad to cover her batting and bowling.

“Ellyse is a key member of our squad and has been for a long period of time and on a personal level we’re disappointed that she won’t have the opportunity to finish the tournament,” he said.