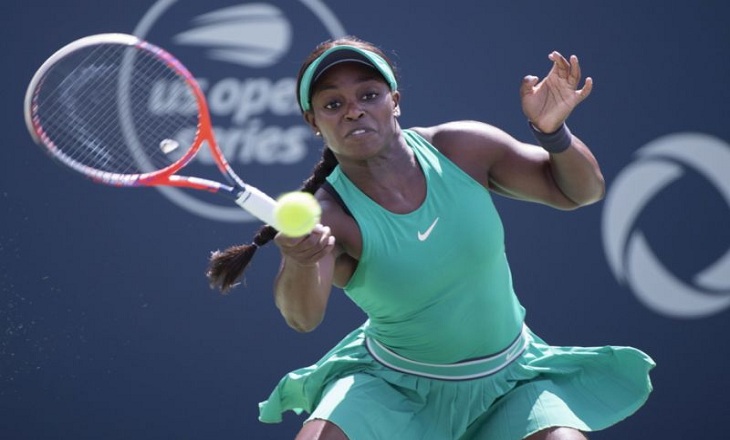 The 25-year-old Stephens, ranked No. 3 in the world, won a hard-court title in Miami in March and lost the French Open final to top-ranked Simona Halep. In the semifinals, the American will face fifth-seeded defending champion Elina Svitolina or 14th-seeded Elise Mertens.

"When you're playing good matches in big tournaments like this, I don't think it's peaking too soon. It's just getting confidence and playing good tennis," Stephens said. "Leading up to the U.S. Open, obviously last year it worked pretty well."

The top-seeded Halep advanced with a 7-5, 6-1 victory over sixth-seeded Caroline Garcia. Halep will face 15th-seeded Ashleigh Barty, a 6-3, 6-1 winner over Kiki Bertens.