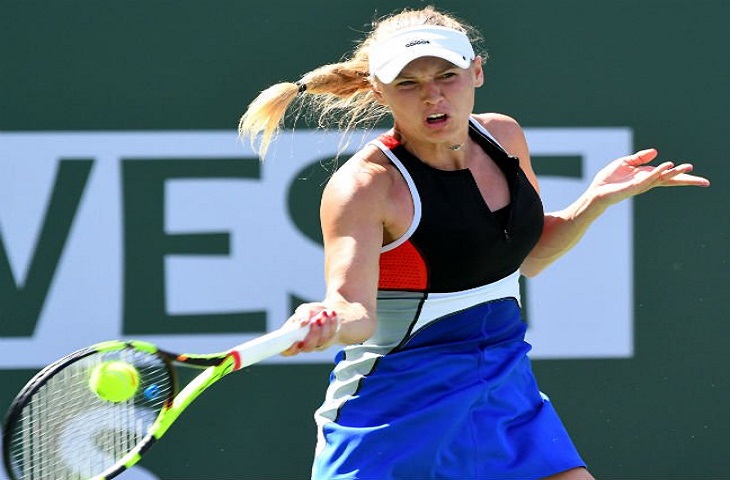 Russian Daria Kasatkina, who has beaten all four reigning Grand Slam champions in the past year, upset world No. 2 Caroline Wozniacki 6-4, 7-5 at the WTA Indian Wells event on Tuesday.

Kasatkina recorded her second straight win over Wozniacki, having also beaten the reigning Australian Open champ at the St.

The 20-year-old Kasatkina improved to 11-6 on the WTA Tour season as she seeks to better her quarter-final appearance here in 2016.

Kasatkina hit one ace, won 54 percent of her first serves and broke Wozniacki’s serve six times in the one hour, 40 minute match.

“She outsmarted me today, which is fair enough,” Wozniacki said. “But, you know, at least I tried, and I tried to do what I thought I needed to do out there today.

“I just couldn’t execute as well as I wanted to.”

It was a disappointing exit for Wozniacki, who finally silenced her critics earlier this year with her maiden Grand Slam title in Melbourne, where she defeated Simona Halep in the final.

That victory not only earned Wozniacki her first Grand Slam title but it made her the world number one. Halep reclaimed the ranking just before Indian Wells.

Wozniacki had a chance to take it back but she needed to win the Indian Wells title to do it.

Kasatkina will play either seventh seed Caroline Garcia of France or Angelique Kerber of Germany in the quarter-finals.

Man told 'don't worry, I'll get you home safe' before raping and murdering