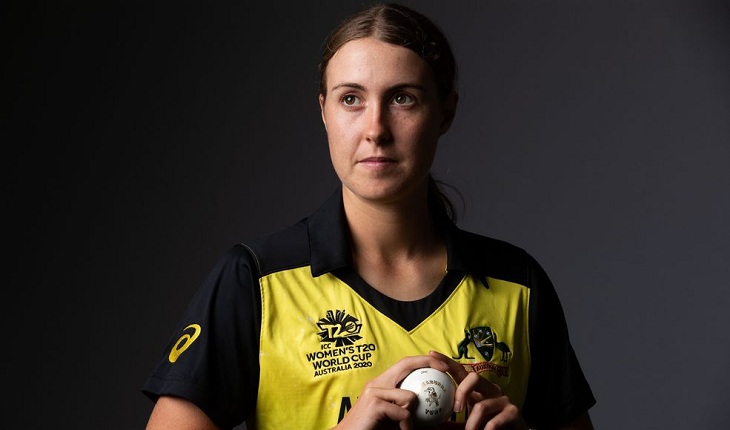 Defending champions Australia suffered a blow on the eve of the women’s Twenty20 World Cup Thursday with young pace spearhead Tayla Vlaeminck ruled out of the tournament with a foot injury.

The fast bowler, 21, reported pain in her foot this week and scans revealed a stress fracture just a day ahead of Australia facing India in the opening game of the 10-team event.

Head coach Matthew Mott said the squad was disappointed to lose one of the quickest bowlers in the game, as the hosts bid to win a fifth World Cup title.

Off-spinner Molly Strano was drafted in as her replacement.

“Tayla has been in brilliant form of late and established herself as one of the premier fast bowlers in international cricket,” he said.

“No one ever wants to see a player miss a major tournament in these kinds of circumstances, but I have no doubt she will bounce back from this setback and play a leading role in Australian squads for many years to come.”

Australia, the dominant force in women’s T20 cricket, have depth in their ranks with Strano coming into the squad after a strong season when she was Big Bash League’s leading wicket-taker.

Skipper Meg Lanning admitted the team was “pretty devastated” to lose Vlaeminck and they may have to rethink their approach.

“There’s no one quite the same as Tay so we will have to slightly tweak how we are going to go about it,” she said. “But generally our plans are pretty flexible anyway, so we don’t feel like it’s going to be too much of a disadvantage.

Indian skipper Harmanpreet Kaur said her side was ready to exploit any Australian weaknesses in the opener at the Sydney Showground.

“We are a side that can put pressure on any team, we just look to stay in the right mindset and play in the way we can because that is our biggest strength,” she said.

“If the Sydney Showground (wicket) is on the slower side, it will suit us, and it looks that way currently.”

The World Cup will culminate in the final at Melbourne on March 8 where organisers are hoping to draw a world-record attendance for a women’s sporting fixture.

The current record stands at 90,185 for the 1999 football World Cup final when the United States beat China on penalties in Pasadena, California.Comprehensive efforts to cut urban poverty stressed.