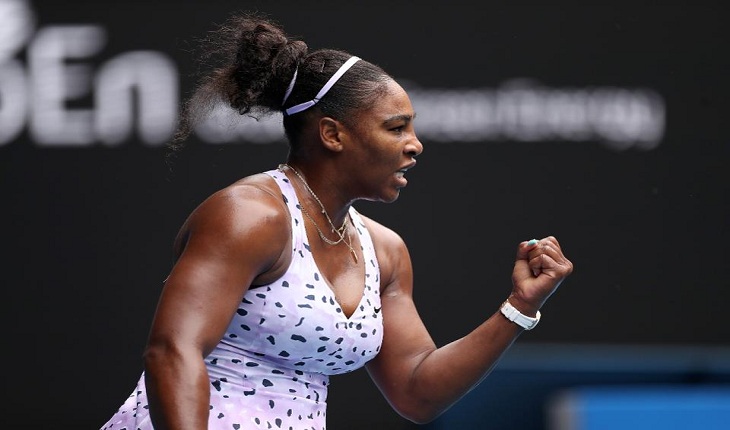 Serena Williams admitted she was frustrated and not at her best as she fought off a stubborn Tamara Zidansek to reach the Australian Open third round on Wednesday.

The 38-year-old Williams was never in serious trouble against the 70th-ranked Slovenian Zidansek, winning 6-2, 6-3 at Rod Laver Arena.

But the eighth seed was restrained in her celebrations and said: "It was a good match for me, she was a really good fighter, she did not just let me win."

The 22-year-old Zidansek put up resistance in the second set with Williams twice failing to break when 40-0 up on the Slovenian's serve.

Williams then struggled through her own service game at 3-2 down, with a brief stoppage while the roof closed because of more rain in Melbourne.

Williams finally broke Zidansek's stubborn resolve in the seventh game, getting the break of serve on the way to victory in one hour 18 minutes.

The American great described herself as "frustrated" by her failure to bury her opponent in those two service games.

"I made so many errors in a row and had to battle through my own internal problems," said Williams.
"I knew I had to play better and couldn't keep making unforced errors like that, otherwise it was going to be a long evening for me."

Williams, who has won the Australian Open seven times, thrashed Wang 6-1, 6-0 when they met at the US Open quarter-finals last year.

She dropped just three games in her opening win over Russian teenager Anastasia Potapova on Monday in Melbourne.

Serena powers into 10th US Open final in record-chase

Serena proves too strong for Sharapova