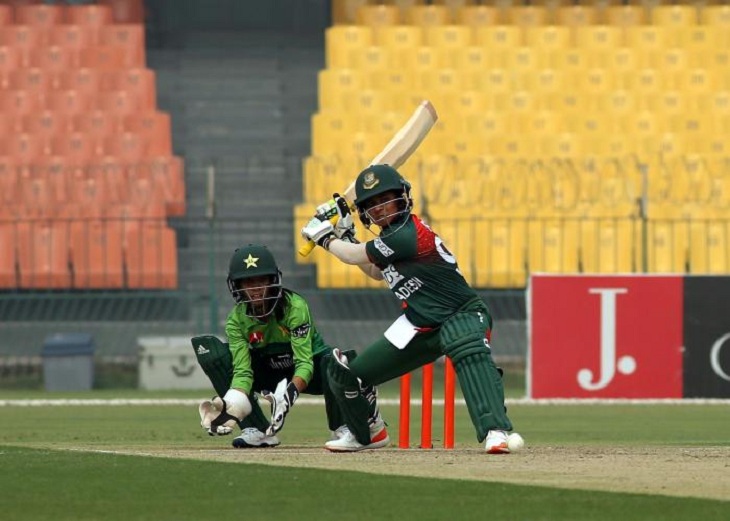 Touring Bangladesh Women’s Cricket team were whitewashed against hosts Pakistan in the three-match T20 series losing the 3rd and last match by 28 runs at the Gaddafi Stadium in Lahore on Wednesday.

After losing the three-match T20 series 0-2, Bangladesh Women’s team locked horns with the hosts in the last match to avoid the embarrassing whitewash, but suffered their biggest defeat in the series scoring their lowest 89 runs.

Earlier, Bangladesh went down in the T20 series after suffering a 14-run defeat in the first match on Saturday despite a four-wicket haul by Jahanara Alam and a half century by Rumana Ahmed.

They lost the series after conceding a 15-run defeat in the 2nd match on Monday at the same venue, despite making their ever-highest T20 total of 152.

The Bangladesh Women’s team will also play a two-match one-day series against their Pakistan counterparts on November 2 and 4 at the Gaddafi Stadium in Lahore.

In the day’s match, Pakistan opted to bat first after winning the toss and scored 117 for 7 in quota 20 overs with only two batters reaching the double figure.

Nigar Sultana and Fargana Haque tried their best to repair the early damage scoring 53 runs in the 5th wicket stand, but ultimately Bangladesh were forced to fold in their innings on 89 runs for 8 in stipulated 20 overs.