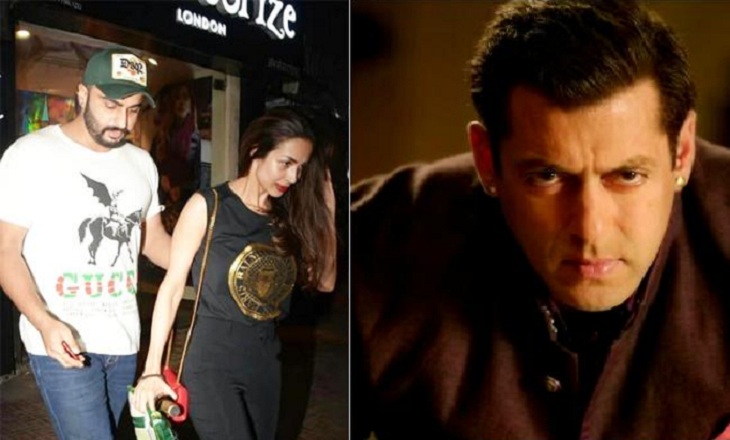 Malaika Arora and Arjun Kapoor might have refrained from going on record to make their relationship official but that doesn't mean they are not letting the world know what they mean to each other.

Froming stepping out on dates to making public appearances together, the pictures are all out for proof. Say for that matter, the other day even Karan Johar let the cat out of the bag on his show Koffee With Karan 6 by confirming the same. But guess Malaika and Arjun's new found relationship has not gone down well with Salman Khan who in case you've forgotten, was Malaika's brother-in-law before she and Arbaaz got divorced.

Reveals a source as quoted by Deccan Chronicle, "Arjun first dated Salman’s youngest sister Arpita. He broke up with her and became friends with Malaika Arora who was married to Salman’s brother Arbaaz.

That was when Salman began to get annoyed with Arjun. But the latter convinced Bhai that he would never do anything to hurt the Khan family. But after Malaika’s divorce from Arbaaz, her public appearances with Arjun and whispers all around of their impending marriage, Salman is livid.”

The same report also suggests that Salman has in fact banned Arjun and Boney Kapoor from entering his house or visiting him for whatsoever reasons in future.

It's left to see if this report is really true or just a rumour doing the rounds. Arjun's family however seems to be pretty happy with his choice considering Anil Kapoor had recently reacted to the same saying, "I know him very well.