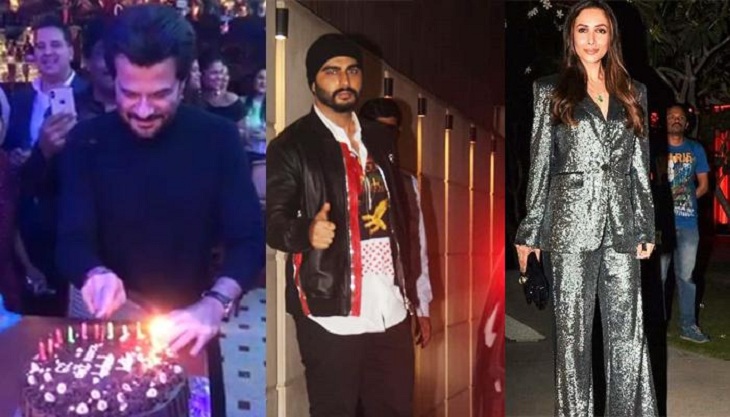 On December 24, as people rung in Christmas with the midnight mass, Anil Kapoor had one more reason to celebrate. The never-ageing actor hosted a big birthday bash for his family and close friends. The who's who from the film industry were seen at the party. From the milennials to actors of Anil Kapoor's generation, they all made merry at Mr. India's birthday celebration.

Off late, Malaika is seen being a part of majority of the Kapoor functions. For the Welcome actor's birthday, Malaika was dressed in a shimmery silver pantsuit, while Arjun paired a leather jacket with white shirt and black pants. Karisma was seen sparkling in a shiny red dress.

‘Half Girlfriend’ motion poster: It's complicated between Shraddha Kapoor and Arjun Kapoor