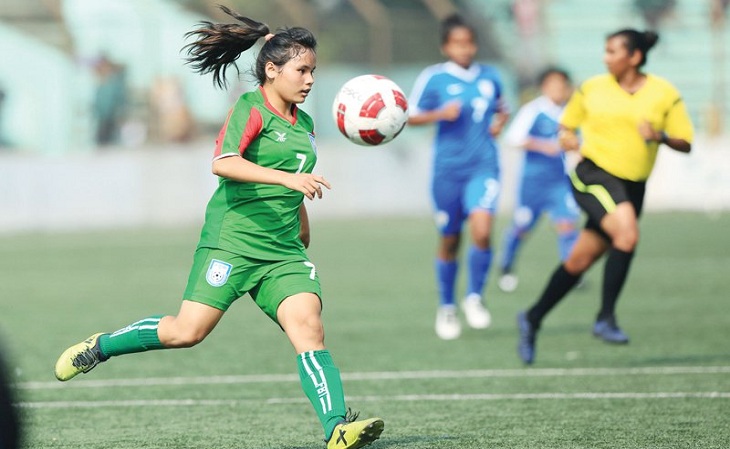 Reigning champions Bangladesh will take on hosts Bhutan in the semifinals of the SAFF U-15 Women's Championship at the Changlimithang Stadium in Thimphu today.

The match will get underway at 7:00pm (BST) after India take on Nepal in the first semifinal at the same venue.

The Bangladeshi girls, the beacon of the country's football over the past few years, underscored their credentials at this level with dominant wins over Pakistan and Nepal in the group stages, scoring 17 goals and conceding none.

When the teams last met, in the previous edition of this competition, Bangladesh handed Bhutan a 3-0 defeat. However, the hosts' improvement was evident in a 6-0 win over Sri Lanka in the group stages this time around. They also suffered a 1-0 defeat to India, considered to be Bangladesh's only real threat in the tournament.

With the comforts of home firmly on their side, Bhutan will look to take the fight to Bangladesh as they did against India while the girls in red and green will hope their pedigree at this level, combined with their electric run of form, will see them through to a second successive final.

US defeats Brazil 4-1 to clinch Tournament of Nations title