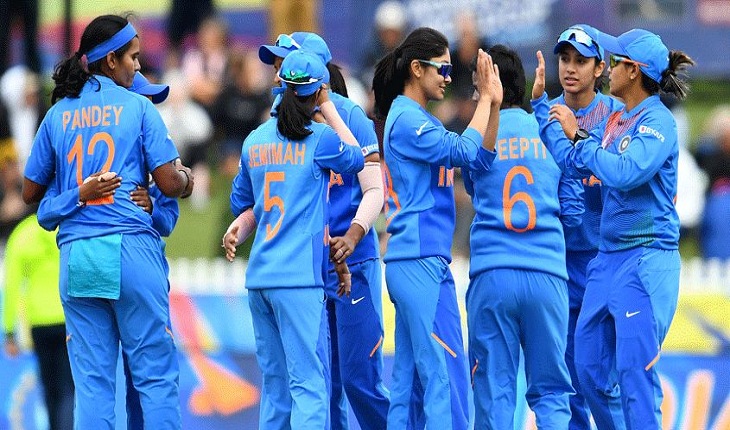 New Zealand skipper Sophie Devine won the toss at Melbourne's Junction Oval and opted to bowl with her team restricting India to 133 for eight after Verma gave them a strong start, with three sixes and four fours off her 34 balls.

But the New Zealand batswomen narrowly missed their target despite a swashbuckling late charge by Amelia Kerr leaving them at 129 for six.

"It's a great feeling when your team performs day in day out," said skipper Harmanpreet Kaur, after India become the first team into the last four.

"But we still made the same mistakes after a good first 10 overs -- we got a good start but couldn't carry the momentum. We can't make silly mistakes with harder games coming up."

After opening their campaign by upsetting four-time champions Australia, India beat Bangladesh and their New Zealand victory made it three from three to ensure a semi-final berth for the second successive tournament.

They still have to face Sri Lanka in Group B with the top two from each of the two five-team groups qualifying for the knockout phase.

Two-time finalists New Zealand are now 1-1 from their two games with Australia taking on Bangladesh in Canberra later Thursday in their bid for a second win from three.

'We can't sulk about it'

"We certainly can't dwell on this or sulk about it for too long."

Undeterred, the dynamic Verma clicked into gear and clubbed two big sixes in a row to get the scoreboard moving.

Verma rode her luck at the other end, surviving dropped chances on 26 and 32, but she looked destined for a half-century before holing out to Hayley Jenson near the boundary rope.

Kaur and Deepti Sharma were out cheaply and it was left to the tailenders to ensure India posted a challenging target.

Rachel Priest smacked two boundaries off the opening over in the run chase but she was gone by the second.

When Devine, who had made 50 or more in her last six T20Is, mishit a Poonam Yadav delivery and was caught for 14 they were in trouble.

With 40 needed from the last three overs Kerr (34 not out) rose to the challenge with a Shikha Pandey yorker preventing the six she needed off the last ball to win.