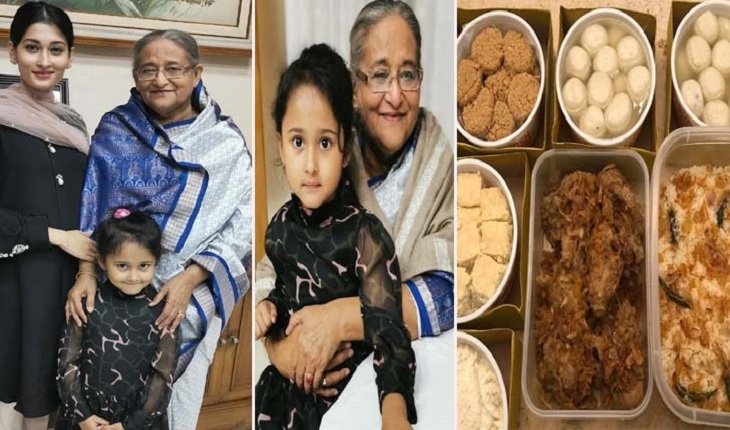 Although, world no 1 all-rounder Shakib Al Hasan has been on ICC ban at this moment, he remains on the heart of the cricket lovers of the country. Prime Minister Sheikh Hasina is also on the list of his well-wishers. The PM now sent delicious foods cooked by herself to Shakib as a token of deep affection.

Shakib Al Hasan came up with this disclosure by a facebook post on Sunday noon. He wrote, “I am the luckiest person on earth, I’m truly speechless by this gesture of our honourable prime minister Sheikh Hasina as I got to taste her delicious cooking which she cooked herself this morning and sent to my house for my wife because she mentioned it was her favourite food when we visited her yesterday. Can’t thank enough for this amazing gesture this will always remain in my heart for the rest of my life! We are truly blessed!”

Earlier on Saturday, Shakib along with his family met with the PM. During the visit, Shakib’s wife Shishir expressed her fondness to those foods. Prime Minister Sheikh Hasina fulfilled her wish by sending the foods by cooking herself.

Shakib Al Hasan also expressed his gratitude to the PM Sheikh Hasina saying, “I am the luckiest person on earth.”