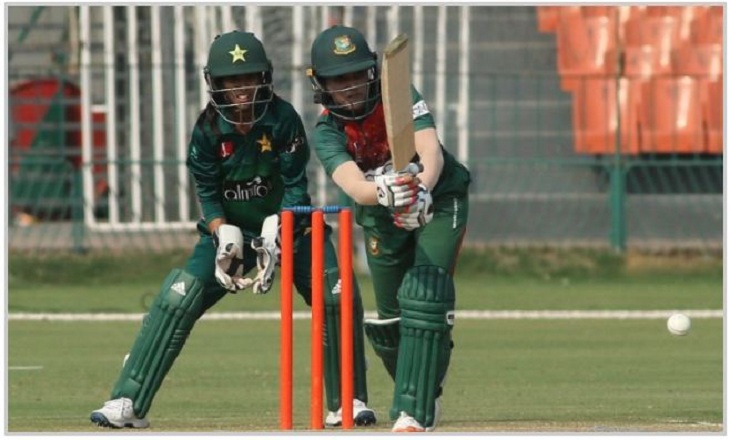 After whitewashed in the three-match T20 series 0-3, visiting Bangladesh Women’s Cricket team completed their Pakistan tour with a thrilling one-wicket victory against the hosts to level the two-match ODI series 1-1 at the Gaddafi Stadium in Lahore on Monday.

Earlier, Tigresses made a frustrating start in the ODI series losing to hosts Pakistan by 29-run in the first match at the same venue in Lahore last Saturday.

In the day’s second ODI, Pakistan elected to bat first after winning the toss and were all out for 210 in 48.4 overs.

In reply, touring Bangladesh scored 211 for the loss of nine wickets in 49.5 overs, riding on 82-run 3rd wicket partnership by Murshida Khatun and Fargana Hoque.