SAARC Summit in Pakistan? No, Thanks! 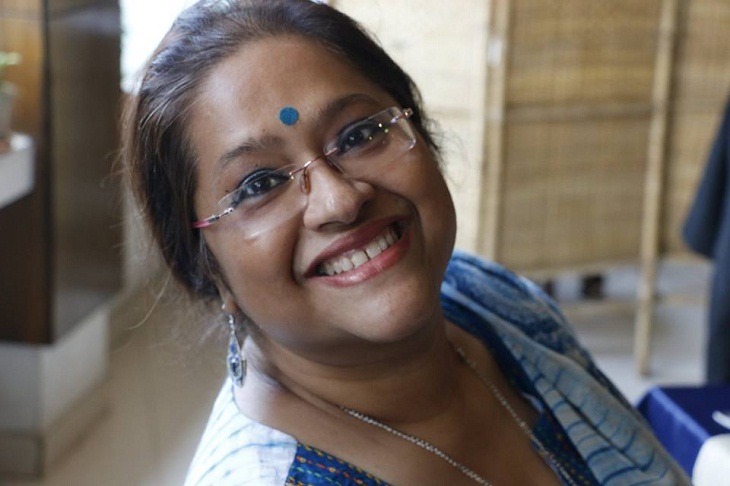 SAARC (South Asian Association for Regional Cooperation) was formed in Bangladesh in December 1985. So, Bangladesh is the official initiator of SAARC. Clause 2 of the SAARC Dhaka Declaration, 7-8 December, 1985 states that: ‘The Heads of State or Government underscored the historic significance of their first ever South Asian Summit meeting. They considered it to be a tangible manifestation of their determination to cooperate regionally, to work together towards finding solutions towards their common problems in a spirit of friendship, trust and mutual understanding and to the creation of an order based on mutual respect, equity and shared benefits.’

So it is very clear that the basis of SAARC relation would be the ‘spirit of friendship, trust and mutual understanding’ among SAARC States. If the friendship is lost, trust is breached and mutual understanding is lacking then of course, SAARC becomes meaningless. The relevant States may obviously negotiate on their respective vital interests; but that cannot be in ignorance or at the cost of their mutual interests.

Clause 4 of the SAARC Dhaka Declaration, 7-8 December, 1985 further states that: ‘The Heads of State or Government reaffirmed that their fundamental goal was to accelerate the process of economic and social development in their respective countries through the optimum utilization of their human and material resources, so as to promote the welfare and prosperity of their peoples and to improve their quality of life. They were conscious that peace and security was an essential prerequisite for the realization of this objective.’

From Clause 4 it becomes clear that SAARC States have put PEACE and SECURITY at the chore of their relationship. In that matter, not only SAARC, but for any regional or international legal instrument, ‘peace and security’ plays a crucial role to sustain bilateral or multilateral relationship among the contracting States.

Now, Clause 5 of the SAARC Dhaka Declaration, 7-8 December, 1985 states that: ‘The leaders of the South Asian countries reaffirmed their commitment to the UN Charter and the principles governing sovereign equality of States, peaceful settlement of disputes, non-interference in internal affairs and non-use or threat of use of force against the territorial integrity and political independence of other States.’

A plain reading of the Clause 5 would lead us to conclude that SAARC States have reaffirmed their commitment to the UN Charter. Very specifically the SAARC contracting States have adopted the following principles under customary international law:

Sovereign equality of States; Peaceful settlement of disputes; Non-interference in internal affairs of other States; Non-use or threat of use of force against the territorial integrity and political independence of other States.

Now the sustainability or the success of SAARC would very much depend upon the following, observing, respecting and practising the abovementioned principles of customary international law. If these principles are not respected or violated, then friendship, trust and mutual understanding among SAARC States are bound to fall apart.

Thus, Article II (1) of the SAARC Charter which was adopted on 8 December 1985 at Dhaka, included the following principles of Dhaka Declaration:

‘Cooperation within the framework of the ASSOCIATION shall be based on respect for the principles of sovereign equality, territorial integrity, political independence, non-interference in the internal affairs of other States and mutual benefit.’

Pakistan is scheduled to host the 19th SAARC Summit at Islamabad on 9 and 10 November, 2016. However, on 18 September 2016, an attack near the town of Uri in the Indian-administered state of Jammu and Kashmir took place. It was reported as ‘the deadliest attack on security forces in Kashmir in two decades’. In the wake of the attack, India cancelled its participation in the 19th SAARC Summit to be held in November in Pakistan. The Indian Ministry of External Affairs issued a statement, saying, ‘… increasing cross-border terrorist attacks in the region and growing interference in the internal affairs of Member States by one country have created an environment that is not conducive to the successful holding of the 19th SAARC Summit in Islamabad in November 2016.’ ‘In the prevailing circumstances, the Government of India is unable to participate in the proposed Summit in Islamabad’, the statement said.

Soon after Bangladesh also pulled out of the 19th SAARC Summit to be held in Pakistan. Bangladesh believes that relentless growing interference in internal affairs of Bangladesh by Pakistan has created an environment not conducive to successful hosting of the 19th SAARC Summit in Islamabad in November 2016. Bangladesh remains steadfast in its commitment to regional co-operation but believes this can only go forward in more congenial atmosphere. It may be stated that Pakistan has been unnecessarily poking its nose into the trial of 1971 war criminals by Bangladesh since its inception. They even officially denied committing war crimes in Bangladesh during 1971. After pronouncement of verdicts by the Bangladeshi judiciary in the trials against 1971 war criminals, Pakistan shamelessly sympathized with the Bangladeshi convicted war criminals, released uncalled-for statement against Bangladesh, non-sensibly criticized Bangladeshi judicial process in Pakistani parliaments and what not. Under international law, this is ‘highly inappropriate and unfortunate and clear interference in Bangladesh's domestic affairs’. What Pakistan has forgotten is that Bangladesh has absolute territorial and universal jurisdiction to try the war criminals of 1971.

Also, Bhutan has expressed concern over recent escalation of terrorism in the region, which seriously compromises environment for successful holding of the 19th SAARC Summit in Islamabad in Nov 2016. Bhutan has shared concerns of some of SAARC countries on deterioration of regional peace and security due to terrorism.

Further, on 30 September 2016, Sri Lanka decided to pull out of SAARC Summit, becoming the fifth country to pull out, citing the non-conductive situation in Pakistan. Sri Lanka issued a statement stating that ‘Sri Lanka condemns terrorism in all its forms and manifestations, and stresses in this regard, the need to deal with the issue of terrorism in the region in a decisive manner’.

Finally, Maldives on 1 October 2016 joined hands with other five SAARC States and boycotted the 19th SAARC Summit to become the sixth nation to do so.

It may be mentioned that Nepal cannot pull out of the 19th SAARC Summit as Nepal is the present chairperson of SAARC.

Now it is time for Pakistan to face the reality. It must realize that in the present context Six SAARC States out of the Eight accept Pakistan as an ‘unstable’ and ‘insecure’ State that cannot even host the SAARC Summit. These six countries have essentially banned Pakistan – socially and morally. Didn’t Iran, even though not a SAARC State, also do the same by attacking at the Baloch Border? It is now only a moral question: Should Pakistan be any more part of the SAARC? Pakistan does not care for ‘peace’ and ‘security’. Pakistan has been a consistent interferer in the internal affairs of other SAARC countries. Pakistan has turned out to be a complete terror state under any standard. Oh, we have not forgotten the role of Pakistan during 1971 … have we?

Pakistan has therefore absolutely no right to be part of SAARC as it has been consistently acting against the very spirit of SAARC Charter.