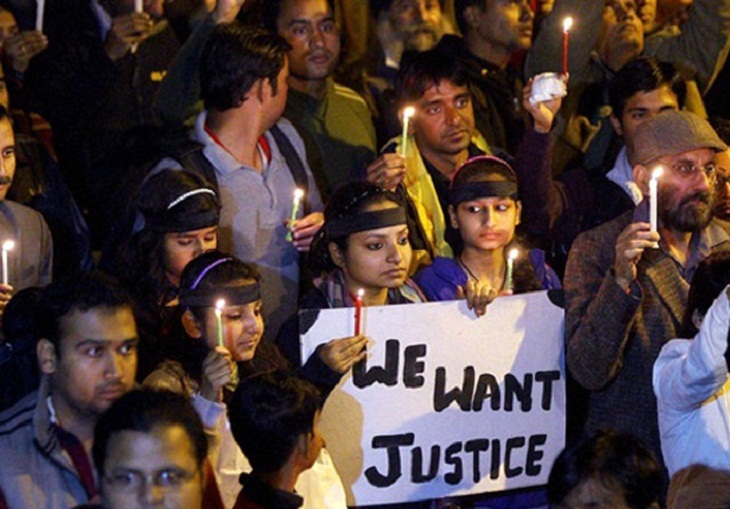 Nirbhaya, a girl brutally gang raped by five rapists (not human beings) got justice as The Supreme Court of India gave death sentence to four of the rapists after 5 years of injustice and struggle. It is a matter, where we can applaud by saying that “Justice delayed but not denied”. We can share pictures of the hanging rope with all the rapists and can say ‘Thank you’ to the Supreme Court. I totally support all of the above written sentences and spontaneous mentality. It feels great when a woman gets justice after her death. Her parents must have something to look forward to. The citizens of India will converse the very next morning and evening that “Look, how nicely our judicial system runs”.

I agree that a death sentence will create fear in the minds of the other human beings about the fact that if they commit a rape they will get death as the result. Ironically, the rape culture of India won't stop even after death. Let's leave the above topic. I seldom want to diverge my topic towards how rich India’s rape culture is. I just want to know that ‘Why inequality towards the victims of rape in India?’

Now, you must be thinking that why am I bringing this topic. Right? The answer is pretty simple. It's just that in the moment of showering emotions (happiness or sadness) we forget to think critically. Nirbhaya got attention because we raised many questions against our judicial system. We marched in the streets of New Delhi taking candles in our hand towards Jantar Mantar. We made the death penalty a compulsion for the rapists of Nirbhaya by magnifying the lens to see her pain to a much higher extent.

Now why the matter of INEQUALITY gets broadened? The rapists of Bilkis Bano got punishment in the form of life time imprisonment, while the rapists of Nirbhaya got death penalty. Why the judicial system applied the process of inequality between the rapists of two victims. The causes can be the following:

1) The first cause can be Bilkis Bano was a Muslim and Nirbhaya was a Hindu.

2) The second cause can be that Bilkis Bano struggled by herself without getting the matter publicised while Nirbhaya got ample attention to get the proper justice she deserved.

4) The fourth cause can be interest of the present Prime Minister towards attaining power while hiding the politics and riot of Godhra behind life time imprisonment and publicising the Nirbhaya incident by death penalty.

From the above mentioned causes, it can be clearly observed that whether the judicial system is equal or not. Further when asked about the whole discrimination procedure, a common man usually refers to a common quote-

'This is India, judge matters the most'.

So, if death had to be the ultimate result of the rapists of both the victims then, it should have been for both of them rather than for one because in the present India it is very easy to politicise the whole marginalized conditions along with those who are suffering because of that margin.

Now comes the Kunan Poshpora incident which took place in Kashmir's Kupwara district on 23rd February, 1991, wherein a unit of Indian Army suddenly started a operation in the Kunan and Poshpora village of that district. The official record says that 23 women were gang raped that night by Indian Army. While the Bilkis Bano case took 16 years to attain the peak of justice, the victims of Kunan Poshpora incident even after 26 years of struggle, independently, are yet to get the result they deserve, that is, Justice.

Another incident which took place in the Manipur state wherein soldiers of AFSPA gang raped a woman named Thangjam Manorama (out of many I just took the example of a single woman) on 11th July, 2004. She is still devoid of Justice, even after being gang raped, mutilated and shot several times.

All of the mentioned cases has got the same crime while one gets what she wanted and others are devoid of that justice. When we protest, why should it be for a single victim? Democracy demands consistency and even when we protest we should show consistency. We should protest for Nirbhaya and to the same extent we should protest for Kunan Poshpora victims, Thangjam Manorama, Chattisgarh Tribal women and many others. Protests when stay in isolation it won't die but a difficulty arises when we move against that protest just because we want to create a space.

The matter of belief over ‘delayed’ judicial system becomes strong enough after Nirbhaya rapists getting death penalty for approximately a year while simultaneously the belief of an equal judicial system dies when the country finds inequality by seeing the discrimination in punishment between the predators of different victims. Our texts comprise that the Indian Judicial System gives equal justice and on the contrary, practically we see the above mentioned discrimination. Consistency must be there while we fight for justice. We should protest for every woman who gets raped or molested by anyone. It's not that the rapists of Nirbhaya will set a big example for a rape culture mentality follower. It is a protest against the rape culture and hopefully this is the start.

Two get life sentences for rape of Pirojpur school student

US woman alleges gang-rape in Delhi