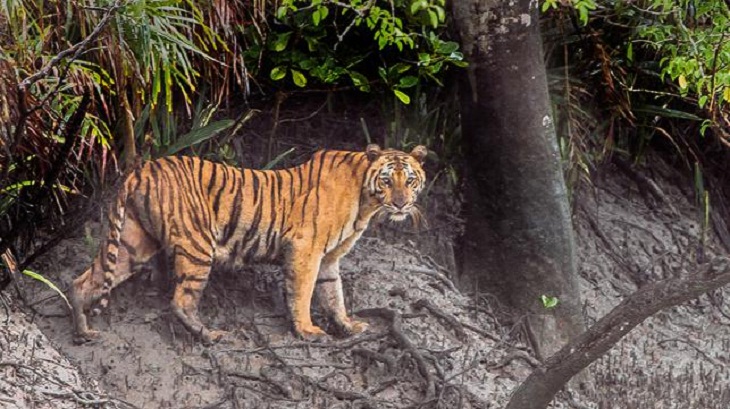 The government is yet to declare 18 compartments of the Sundarbans as wildlife sanctuaries although an initiative was taken year back in this regard, aiming to protect the biodiversity of the world's largest mangrove forest.

Later, the data and the map of those areas were sent to the Divisional Forest Officers (DFO) of the Sundarbans East and West zones on 21 January last year, seeking their opinion in this regard within 15 days.

Contacted, DFO Saidul Islam of Sundarbans East Department said some nine compartments out of total 12 of Sharankhola range will be wildlife sanctuaries once the 18 proposed compartments are declared as the sanctuaries.

Later, an eco-tourist spot will be built in the sanctuary area with the permission of the forest department.

Sundarbans, a natural habitant of 375 spices of wild animals including Royal Bengal Tiger, deer, crocodiles and dolphin, 334 spices of evergreen trees, 315 varieties of birds and 210 kinds of fishes, was announced the 522nd World Heritage Site by UNESCO, a United Nations body, on 6 December 1997.

In 2012, the forest department announced 18 rivers of the mangrove forest as the sanctuaries of Dolphin to protect the moribund Irrawaddy Dolphin.

Save the Sundarbans Foundation chairman Sheikh Faridul Islam alleged the government is not sincere to save the mangrove forest.

"If they were sincere, they would announce half of the Sundarbans as wildlife sanctuary as early as possible," Faridul added.

Great assembly to save Sundarban in pictures