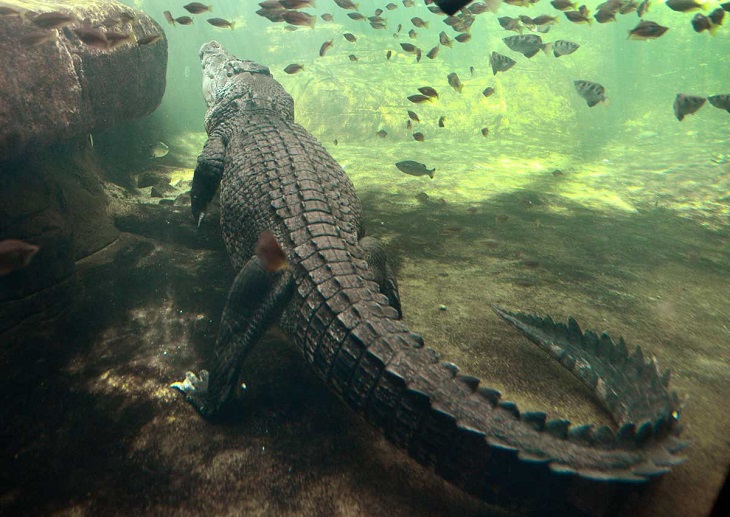 A crocodile handler known as the "Barefoot Bushman" was seriously hurt after being mauled by a massive creature while feeding it at an Australian wildlife park Thursday.

He suffered a "severe laceration to his left hand and also some bite marks to his lower right leg", paramedic Heather Shields added.

"(He was) extremely lucky," Shields said. "He said that it was a fully grown adult crocodile about 4.5 metres long so he is very lucky.

"He said it happened on land. It was attempting to drag him to the water but he's got away before he was submerged at all."

Shields said there were "a lot of bystanders and tourists present" and they helped to staunch the bleeding before paramedics arrived.

Bredl was taken by helicopter to a nearby hospital in a serious but stable condition.

A Bredl's Wild Farm spokeswoman said Bredl, whose family own the park, was in "good spirits" despite the attack.

Crocodiles are common in Australia's tropical north. They kill an average of two people each year in Australia.

Bredl is widely known as the Barefoot Bushman due to his tendency to shun shoes even when dealing with crocodiles.