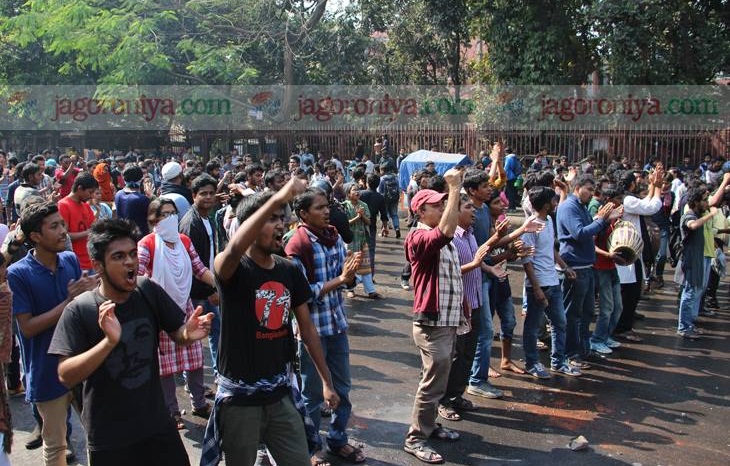 A countrywide mass agitation has been called for January 28 to protest against police crackdown on anti-Rampal demonstrators in Dhaka.

The protesters will also stage sit-ins across Bangladesh on February 25 and organise a rally in Khulna on the same day.

Anu Mohammad, member secretary of National Committee to protect Oil, Gas, Mineral Resources, Power and Ports announced the programme from in front of the National Press Club on Thursday.

Police used water cannon and fired volleys of tear gas against supporters of the committee's half-day shutdown in Dhaka on Thursday morning protesting against the setting up of a coal-fired power plant near the Sundarbans.

Several protesters and an on-duty Dhaka Tribune journalist were injured in police action.

PM defends Rampal Plant in interaction with Gore at WEF