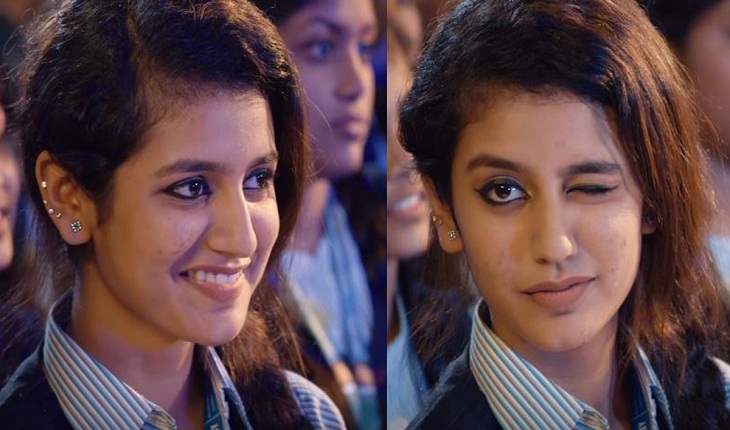 With Valentine’s Day around the corner and theme of love being in the air, a short clip from a Malayalam movie started doing the rounds on the Internet.

After a video of a Malayalam song ‘Jimmi Kammal’ went viral making Sheril an internet star, now it is happening all over again. On Valentine’s week, a song ‘Manikya Malaraya Poovi’ is ruling the internet, thanks to another pretty face Priya Prakash Varrier.

Composed by Shaan Rahman, the video resonated with many and filled the hearts of people with nostalgia of high school romance.

The clip was trimmed from the newly-released song ‘Manikya Malaraya Poovi’ from the upcoming Malayalam film Oru Adaar Love and was flooding the social media timelines.

And soon, the scene where actor Priya Prakash Varrier exchange adorable glances with a boy, became an overnight Internet sensation.

An actress and model by profession, Priya is debuting in the south Indian film industry with Oru Adaar Love.

And by the looks of it, Priya is also fond of Mohiniyattom—one of two classical dances of India that developed and remain popular in the state of Kerala.