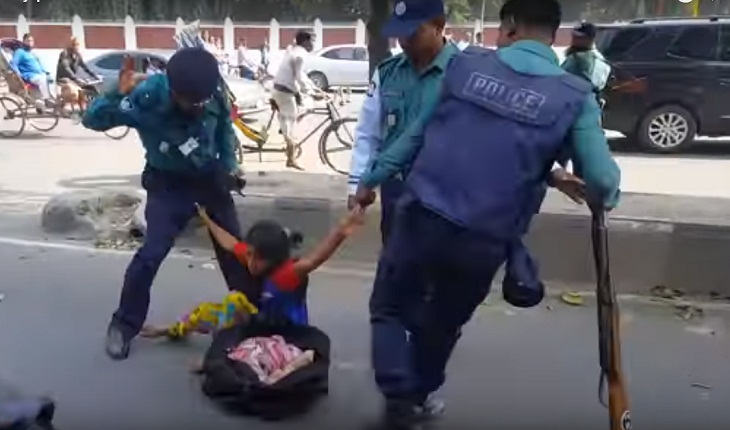 The video of a girl being slapped and manhandled by two policemen on a road in front of Bangabhaban in the city has gone viral on social media Facebook.

In the 30-second video, a police officer was seen slapping the girl several times and another policeman grabbing her by her one hand, shouting ‘go, go’. The girl was carrying a black bag which is open and there were some clothes inside it.

A traffic police constable was present during the incident.

However, the reason behind the incident could not be known.

Later, the policeman who grabbed the girl by her hand approached the person who was capturing the incident in his mobile phone and asked him what he was doing.

As the person replied that he was taking footage of the incident, the policeman called him mad.

Father of molested girls lunges at disgraced US doctor in court

Youth held in Narayanganj for killing minor girl after rape