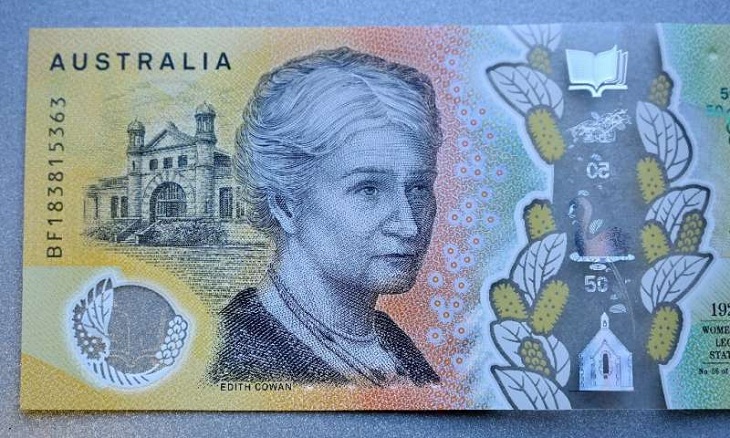 Red-faced bank bosses in Australia admitted to an embarrassing error yesterday, revealing their state-of-the-art $50 note had a typo.

The yellow and green note, which is worth around US$35, came into circulation last October. It has multiple security features including microprint of a speech by Australia’s first female parliamentarian, Edith Cowan.

But the technology seemingly did not include a spellchecker.
It took seven months for the public to notice “responsibility” was repeatedly misspelt in the text of Cowan’s 1921 maiden speech.

“I stand here today in the unique position of being the first woman in an Australian parliament. It is a great responsibilty,” the text reads, missing an “i”.

The script is barely legible to the naked eye and the Reserve Bank of Australia may have got away with it, were it not for one eagle-eyed radio listener.

But there are no plans to pull the notes from circulation.

“The Reserve Bank of Australia is aware of it and the spelling will be corrected at the next print run,” said a bank spokesperson.

Edith Cowan played a crucial role in winning the vote for women in Western Australia and at the age of 60 entered parliament. There she was instrumental in opening the legal and other professions to women.