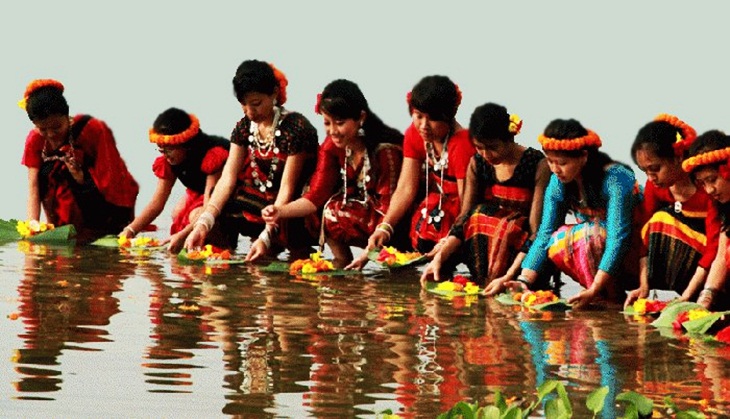 Prokriti Ranjan Khisha, president of Adibashi Forum, inaugurated the festival through floating flowers in the lake.

Besides, the people of Tripura community floated flowers offering to Ganges goddesses at Garjantoli ghat.

The males, females and children of Tripura community make the festival colourful by wearing traditional dresses.

The word Boisabi is a combination of the Bengali acronyms for various indigenous festivals like Boishuk for the Tripura community people, Sangrai of the Marma community, and Bizu for the Chakma community.

On the first day of the festival, people float flowers in rivers or spring water and take bath seeking divine blessings for their peace and prosperity. The three-day festival will be ended on April 14.