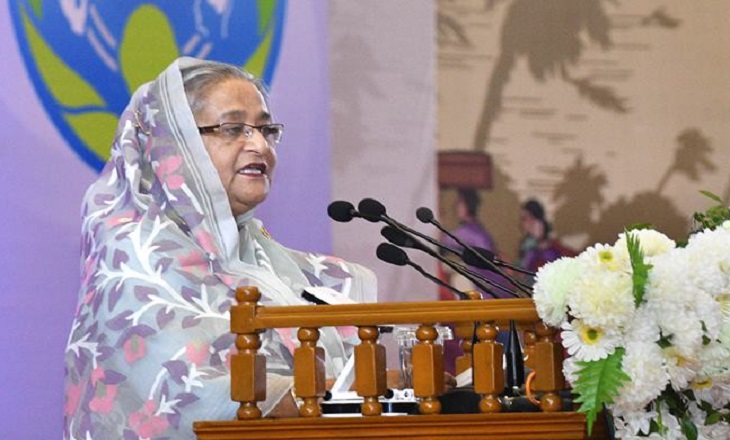 Prime Minister Sheikh Hasina on Wednesday promised to set up five more medical universities in five divisional headquarters if her party is reelected in the next national election.

"...if we can form the government again, then Inshallah we’ll set up five more medical universities in five divisional headquarters," she said.

The Prime Minister said this while inaugurating the 250-bed Sheikh Russel Gastrolever Institute and Hospital at Mohakhali in the city.

Currently, Bangabandhu Sheikh Mujib Medical University is in operation in Dhaka, while medical universities in Rajshahi, Sylhet and Chattogram are under construction.

About the national election, Sheikh Hasina said the election can be held 90 days prior to the completion of the Parliament’s tenure. “The Election Commission may announce the election schedule any time…we’ll participate in the election," she said.

She mentioned that if people vote for the Awami League again it will be possible for the party to serve them. “If there’s the continuity [of the govt] we’ll be able to achieve the targets we have set."

The Prime Minister said the birth centenary of Father of the Nation Bangabandhu Sheikh Mujibur Rahman will be celebrated in 2020, while the Golden Jubilee of the Independence will be observed in 2021. The government fixed 2041 to make the country as a developed one while formulated the Delta Plan 2100 to make it a prosperous one for the future generation, she added.

"We’ll build the country for the future generation imbued with the spirit of the Liberation War as dreamt by the Father of the Nation to make it as hunger- and poverty-free one," Hasina said.

The Prime Minister urged the physicians to serve people taking the profession with the great devotion and dedication.

She put emphasis on research works to find out the diseases that the people of the country suffer from most and what type of medicines will be more effective for them. "I think, research on this issue is very much important."

The Prime Minister mentioned that the main objective of the medical universities will be to conduct research.