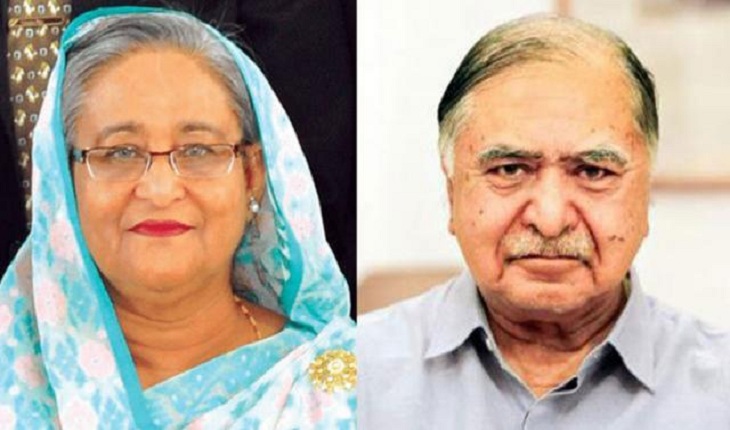 Prime Minister Sheikh Hasina, who is also the President of Awami League, on Tuesday invited Jatiya Oikyafront to join dialogue with her party at 7pm on Thursday at Ganobhaban.

Sheikh Hasina sent a letter to Oikyafront chief Dr Kamal Hossain and invited its leaders to join the dialogue.

In the letter, the Prime Minister said, “Take Salam and greetings. Thank you for your letter dated October 28, 2018. My door is always open for discussion on all constitutional issues for the continuation of the democratic trend earned through immense struggles and sacrifices. So, I invite you (Oikyafront leaders) to Ganobhaban at 7pm on November 1 next as you sought time for talks.”

Awami League General Secretary Obaidul Quader on Monday night phoned Jatiya Oikyafront leader and Gano Forum president Mostafa Mohsin Montu seeking the list of the alliance leaders who will join the dialogue with the ruling party over the next election.

Earlier in the day, Quader said their party President and Prime Minister Sheikh Hasina agreed to sit in dialogue with Jatiya Oikyafront leaders over the next general election very soon.

No plan to shut down Tejgaon Airport: PM