Rohingya Crisis: Past to Present 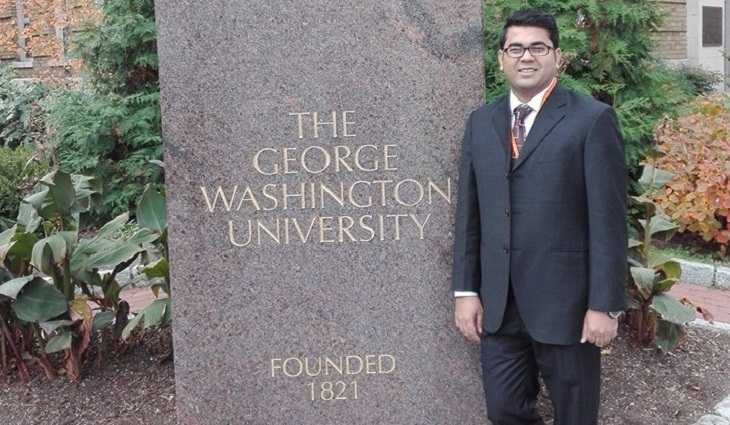 The Rohingya are often said to be the world's most persecuted minority. They are an ethnic Muslim group in the majority Buddhist country and make up around one million of the total 50 million populations. They hail from the country's northwest and speak a Bengali dialect. Almost all live in Rakhine, one of the poorest states, with a population of three million. About 140,000 Rohingya in the Rakhine state live in ghetto-like camps, that they can't leave without government permission.

They are not regarded as one of the country's 135 official ethnic groups and are denied citizenship under Myanmar's 1982 Citizenship Law, which effectively renders them stateless. To get citizenship, they need to prove they have lived in Myanmar for 60 years, but paperwork is often unavailable or denied to them. As a result, their rights to study, work, travel, marry, practice their religion and access health services are restricted.

The Rohingya are a Muslim minority in predominantly Buddhist Burma whose government doesn’t recognize them as one of the country's roughly 130 ethnic minorities. They live mainly in Rakhine, also known as Arakan, in the northwestern part of the country adjacent to Bangladesh. They are stateless, impoverished, and desperately vulnerable to abuse by officials, human traffickers, and ordinary citizens. The Rohingya are denied citizenship under the laws of mainly Buddhist Burma, and rights groups say they face official repression and poverty. The Rohingya themselves say they are Muslim descendants of Persian, Turkish, Bengali, and Pathan traders, who migrated to Burma as early as the 7th century A.D. But their ethnic identity isn't widely recognized.

In Rakhine state, there have been particularly bitter tensions between the Rakhine people, who are Buddhist and make up the majority of the state's population, and Muslims. Most of these Muslims identify themselves as Rohingya, a group that originated in part of Bengal, now called Bangladesh. In the towns bordering Bangladesh, where several clashes have taken place, the majority of the population is Muslim. Overseas-based Rohingya rights groups have said that Rohingyas bore the brunt of the violence. Rakhine Buddhists said Rohingyas were mainly to blame. In central Myanmar the violence is not thought to involve Rohingya Muslims. Instead members of Myanmar's other Muslim communities have been affected. It was also unclear whether the Muslims involved in the June 2014 clashes were Rohingyas.

Interreligious relations are very complex in Myanmar. Muslims, especially the Rohingyas, are confronted with a deeply-entrenched Islamophobia in a predominantly Buddhist society and state. The fundamentalists claim that the country's Buddhist culture and society are under siege by Muslims, even more so when Myanmar is surrounded by many Islamic countries, like Bangladesh, Malaysia and Indonesia. The Rohingyas are seen as a threat to Buddhist lifestyle and faith as well as a gateway to Myanmar's Islamization. But there is an economic aspect to the issue, too. Rakhine state is one of the country's poorest areas, despite being rich in natural resources. The Rohingyas are thus considered an additional economic burden on the state, as they compete for the few available jobs and opportunities to do business. The jobs and businesses in the state are mostly occupied by the Burmese elite. As a result, we can say that Buddhist resentment against the Rohingyas is not only religious; it is also political and economically driven.

Government policies, including restrictions on marriage, family planning, employment, education, religious choice, and freedom of movement have institutionalized systemic discrimination against the ethnic group. The Association of Southeast Asian Nations (ASEAN) Parliamentarians for Human Rights wrote in April 2015 that “the longstanding persecution of Rohingya has led to the highest outflow of asylum seekers by sea [in the region] since the U.S. war in Vietnam.”  Rakhine state is also Myanmar’s least developed state, with more than 78 percent of households living below the poverty threshold, according to World Bank estimates. Widespread poverty, weak infrastructure, and a lack of employment opportunities exacerbate the cleavage between Buddhists and Muslim Rohingya. This tension is deepened by religious differences that have at times erupted into conflict.

Violence broke out in 2012, when a group of Rohingya men were accused of raping and killing a Buddhist woman. Groups of Buddhist nationalists burned Rohingya homes and killed more than 280 people, displacing tens of thousands of people. Human Rights Watch described the anti-Rohingya violence as amounting to crimes against humanity  carried out as part of a “campaign of ethnic cleansing.” Since 2012, the region’s displaced population has been forced to take shelter in squalid refugee camps. More than 120,000 Muslims, predominantly Rohingya, are still housed in more than forty internment camps, according to regional rights organization Fortify Rights.

Many Rohingya have turned to smugglers, choosing to pay for transport out of Myanmar to escape persecution. “The fact that thousands of Rohingya prefer a dangerous boat journey they may not survive to staying in Myanmar speaks volumes about the conditions they face there,” says Amnesty International’s Kate Schuetze. Fleeing repression and extreme poverty, more than eighty-eight thousand migrants took to sea from the Bay of Bengal between January 2014 and May 2015, according to the International Organization for Migration (IOM). The flow of migrants slowed in the second half of 2015 after thousands were abandoned at sea. Though volume of migration has abated and the crisis has fallen from international view, little has been done to address the status quo for Rohingya in Myanmar and for those who brave the maritime journey.

Myanmar’s first civilian government—led by Aung San Suu Kyi’s opposition National League for Democracy (NLD) party—won in landslide elections in November 2015. While the cabinet ministers include a mix of political and ethnic representatives, critics say the NLD has been reluctant to advocate for the Rohingya and other Muslims because of the party’s need to cultivate support from Buddhist nationalists. Nevertheless, Aung San Suu Kyi, who has long vowed to push for national peace and reconciliation, established a nine-person commission in August 2016, led by former UN Secretary-General Kofi Annan, to discuss options for resolving the ethnic strife in Rakhine state. The advisory committee, whose final report is expected by the end of August 2017, is intended to make recommendations to reduce communal tension and support much-needed development efforts in the impoverished state. “To build the future, the two major communities have to move beyond decades of mistrust and find ways to embrace shared values of justice, fairness, and equity,” Annan said on his first visit to Sittwe, the capital of Rakhine. Some analysts are skeptical that the democratic election of a civilian government will do anything to change the fate of the Rohingya, while others have said the creation of the new advisory body offers a rare glimmer of hope for resolving the problem. Regionally, no unified or coordinated ASEAN response has been proposed to address the deepening crisis. States in Southeast Asia lack established legal frameworks to provide for the protection of rights for refugees.

Indonesia, Malaysia, Myanmar, and Thailand—all ASEAN members—have yet to ratify the UN Refugee Convention and its Protocol. ASEAN itself has been silent on the plight of the Rohingya and on the growing numbers of asylum-seekers in member countries largely because of the organization’s commitment to the fundamental principle of noninterference in the internal affairs of member-states. Lilianne Fan of the London-based Overseas Development Institute says that while ASEAN has the capacity to manage this crisis, member states lack the political will to resolve it.

Advocacy groups like Human Rights Watch, the Arakan Project, and Fortify Rights, a Southeast Asia-based advocacy group, continue to appeal to major international players to exert pressure on Myanmar’s government. Some, like New York Times columnist Nicholas Kristof, argue that the United States should not have normal relations with the country until its persecution of the Rohingya ends and that investment and aid should be linked to progress on the protection of minority rights. Others, like senior advisor at the United States Institute of Peace and former U.S. mission chief in Myanmar Priscilla Clapp, say that placing sole blame on Myanmar oversimplifies and misrepresents the complexities of the country’s historical ethnic diversity. “An international response that consists primarily of assigning blame for this humanitarian tragedy is no longer tenable. It is time for the international community to organize a realistic, workable solution,” writes Clapp.

To date, the United States and other global powers have urged the central government in Myanmar to do more to protect ethnic minority groups from persecution. Still, experts say more must be done to address the plight of the Muslim minority to prevent it becoming “a flashpoint for further social and religious destabilization,” as Clapp writes in a March 2016 CFR report. She argues that Washington should assist economic development and conflict mediation in Rakhine state: “The United States should be leading an international effort to find a humane solution to their plight, not only in Myanmar but in other countries as well.”

The calls are getting louder for Myanmar's Nobel peace laureate Aung San Suu Kyi's to respond to the current refugee crisis involving her country's marginalized Rohingya Muslims. Human rights organizations, including Human Rights Watch, say that Suu Kyi's silence on the unfolding Rohingya issue is unjustifiable and wrong. Even the Dalai Lama urged Myanmar's democracy icon to raise the refugee issue. Many suspect that Suu Kyi has kept silence due to electoral reasons. Myanmar is holding the parliamentary elections end of this year, and Suu Kyi and her NLD party have a good chance of victory. Critics, thus, accuse Suu Kyi of opportunism.

But the political situation in Myanmar is complex. The majority of the Buddhist population is against citizenship rights for the Rohingyas. They call them "Bengalis" – the children of illegal immigrants from neighboring Bangladesh. There has also been massive propaganda in the country not only against the Rohingyas but also against all Muslims. In 2012, the tensions between Buddhists and Muslims flared up, triggering riots which claimed at least 200 lives and displaced more than 100,000 people. A report by a commission of inquiry, set up by the government after the riots, concluded that both sides were not prepared to coexist peacefully. The situation hasn't changed; in fact, it has taken a worse turn. The upcoming elections have aggravated the dynamics, and it is uncertain whether Myanmar will continue with the democratization process. Sectarian unrest could provide the country's powerful military an opportunity to intervene and take direct control of the state affairs once again.

Aung San Suu Kyi faces a dilemma. As a human rights icon - as she is known internationally, and also in the West - it is her duty to raise voice in support of the Rohingyas' plight and denounce the acts by the government and the majority Buddhists, and also by instigators in the Rohingyas' camps. But there is a risk that the situation could once again get worse - nationwide protests and riots could restart. On the other hand, Suu Kyi's silence does discredit what she has been advocating since 1988: democracy and human rights. Suu Kyi and the NLD are likely to win parliamentary elections but then they at least have to prove that they did not act out of opportunism. She and her party must take concrete measures to make sure that the Rohingya issue is put in perspective in their homeland, Myanmar.

'No place for Myanmar terrorists in Bangladesh'

Bangladesh to work with Myanmar on refugee issue: PM