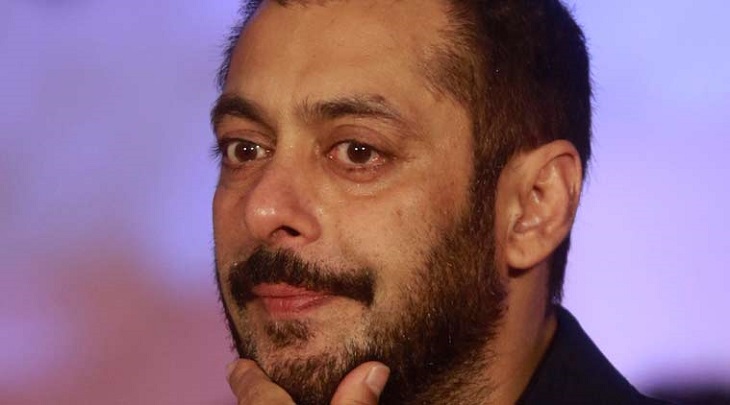 Bollywood actor Salman Khan’s reported remark about women and his high handedness in not apologizing brings to the fore the insensitivity of Indian film stars in general and the anti women mind sets of male actors in particular.

Even though a great deal has changed and the film industry has come a long way from the casting couch syndrome, men in the industry still revel in women playing second fiddle.

Women, it is true, have come out on their own sometimes playing strong characters and dominating the entire film but they are exceptions to the rule in what still remains a male dominated industry. Therefore except for a handful of women who come from privileged backgrounds, the run of the mill have a long struggle before the big break. The general trend is that while women have shaken off their showpiece image in  films, the road ahead is indeed very long for them to call the shots.

But then this is less about the women’s writ and more about the perception of their male colleagues. While publicly there is a semblance of camaraderie and acceptability of seeing them as co actors rather than appendages, their minds continue to treat them as toys to be sported with at will.

In this context, film stars are no different from the average Indian male who have yet not come of age to treat women as separate entities who have and can contribute to society in a meaningful and constructive way.  They continue to see them as their shadows rather than individuals who are neither stereotypes nor typecasts.  They have yet to accept that women have often bettered men and no longer need the crutch support that they have leaned on for decades on end.

That this mindset is predominant in the film industry is a given. In this context, however modern Bollywood may seem, it is archaic and immature in its treatment and acceptance of women be it actors or women handling other assignments and roles in the talent driven industry.

It was Shabana Azmi cine star turned MP who started the trend of actresses being referred to as actors. Gender parity, it was reported, was the crux of the argument. Though the word has been in vogue for some years now, and media wants to sound politically correct and thus follows the norm, the word actress is somewhat obsolete now.

Of course it had its share of controversy where senior actors like Kabir Bedi rued its demise. Others called it misdirected activism at recapturing the lost female pride and identity. The move, it was felt, showed up paranoia and insecurity among women who presumed that a gender shift in terminology will get them respect. There were however a few takers of the Actor in a female role terminology because it is progressive and evolved. Given that the movie business is a male dominated one an attempt for gender-equality and gender-neutralisation is the need of the hour.

It is, another summed up, a post-modern throw at rectifying gender identity. Others scoffed at what they called a sex change and the “newly awoken female empowerment movement”. All said and done there is a feeling, not totally unfounded that the term actresses have a negative connotation. She, to put it bluntly, showcases a persona who reflects dumb, glamorous looks with permissive nature in terms of morality: an image perception an actor does not suffer.

The way out: gender neutrality. The message: new-age actresses are seeking to reclaim their rightful place, prestige, status and stature as professionals and will not take nonsense  in a male dominated and  chauvinistic industry. They stand to be counted.

It is against this backdrop and mindset of actors, particularly the big names that Salman Khan’s recent outbursts and unrelenting attitude needs to be viewed.

During his interaction with an entertainment website, Salman was asked about his experience of playing a wrestler in his upcoming film Sultan. His shocking response was that  he felt like a "raped woman".

He said: "I'd have to lift the same 120-kilo guy 10 times for 10 different angles. And likewise, get thrown that many times on the ground. This act is not repeated that many times in the real fights in the ring. When I used to walk out of the ring, after the shoot, I used to feel like a raped woman. I couldn't walk straight. I would eat and then, head right back to training. That couldn't stop," he said.
The National Commission for Women or the NCW  slammed Salman Khan over his 'raped woman' comment and demanded an apology: “Just because he is Salman Khan does not mean he will make such a statement” the NCW said setting a  deadline for an apology from the actor.

Nothing happened. Khan ignored the request from the NCW to appear before it. Instead his lawyer  replied to the notice. But there was no apology from the larger than life actor whose track records boasts of unparalleled success movie after movie. Since the success of Dabang in 2010, that raked in a sum of Rs 141 and Ek Tha Tiger that earned a mind boggling figure of some 200 odd crore rupees, there has been no looking back for the actor.

Kick in 2014 and Bajrangi Bhaijaan a year later raked in 213 crores and 321 crores Indian rupees respectively. All toll, in 28 years and 73 movies Salman Khan has laughed his way to the bank: the total earnings amounting to 2648 crore Indian rupees.

This brings us to the key question about his being adamant, hot headed and high handed: the issue of not apologizing when it is in order. Is it because he is a super star and as NCW said “a Salman Khan”? Or is it because to apologize is beneath his dignity and stature? Or is it because apologies are not for stars but meant for commoners.

As things in Bollywood are, the answer to all the three sadly seems to be a Yes. Salman Khan, like many of his ilk is no exception to the rule that stars play God and treat all those outside their star arena as lesser mortals. Add to this the fact that they are habitual offenders. Salman Khan for sure is one. He has been in the eye of a storm for getting entangled with the law on more occasions than one.

He was jailed in Rajasthan on charges of shooting an endangered gazelle; in another case he was accused of running over a pavement dweller in allegedly a drunken state.

Given his track record and his influence and money helping him to go scot free in the face of his misdeeds, the war cry is Apologize Salman.

That his father Salim Khan has filled in for him indicates that the mega star will not apologize. His bad boy behavior, though expected, is unacceptable. It is a taint on the entire industry that prides itself in being a major contributor to the country’s economy and at the same time come across as idols young Indians eulogize. It is more in sync with the mind sets of Indian politicians some of who have taken rape lightly. Senior politician Mulayam Singh Yadav, for instance, believes 'boys will be boys' and will sometimes rape girl.
The casual manner in which Khan said and treated the entire episode reeks of a sick mind set. His unrepentant attitude reflects that it was not an off the cuff remark but an articulation of his thought process. The fact that he is not willing to apologize substantiates that he does not feel that he has erred. And clearly he does not belong to that breed who would willingly apologize if they have hurt anyone’s sentiments. Otherwise what does it take to say sorry?