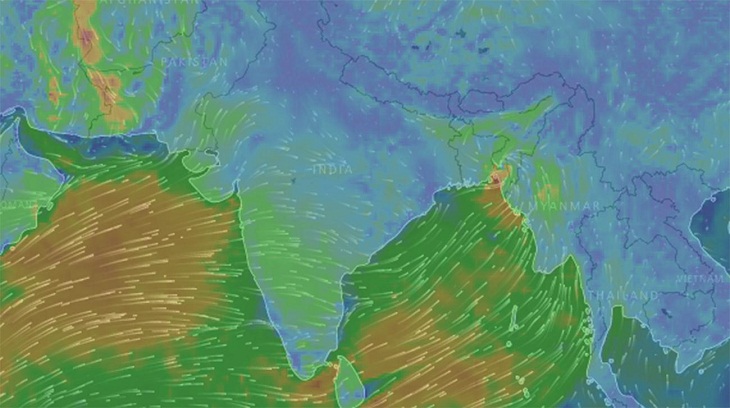 - Mora to move north and reduce to a depression

Cyclone Mora that made landfall in Bangladesh this morning plunging the coastal areas in gusty winds and heavy rain is likely to linger for at least 12 more hours, the Met office says.

The “severe cyclonic storm”, that prompted the highest alert in the coastal regions, was still not proving as devastating as feared. Five people said to have died so far. No mass destruction was reported.

“Bad weather under the cyclone’s influence will persist for at least 12 hours,” Shamsuddin Ahmed, director for Bangladesh Meteorological Department, said in a televised brief around 11:30am.

“Then, the weather is likely to improve gradually,” he said.

Under Mora’s influence, Chittagong, the last known position of the cyclone’s eye at 11:30am, saw the highest wind speed of 128 kmph. It is likely to advance further north and reduce to a depression.

The cyclone made landfall near Kutubdia around 6:00am with heavy winds of 114 kmph at St Martin’s Island, 85 kmph at Cox’s Bazar, and 135 kmph in Teknaf.

Latest weather forecast said, the cyclone would influence rain accompanied by temporary gusty winds at most places of Mymensingh, Dhaka, Khulna, Barisal, Chittagong and Sylhet divisions and at many places over Rangpur & Rajshahi divisions.