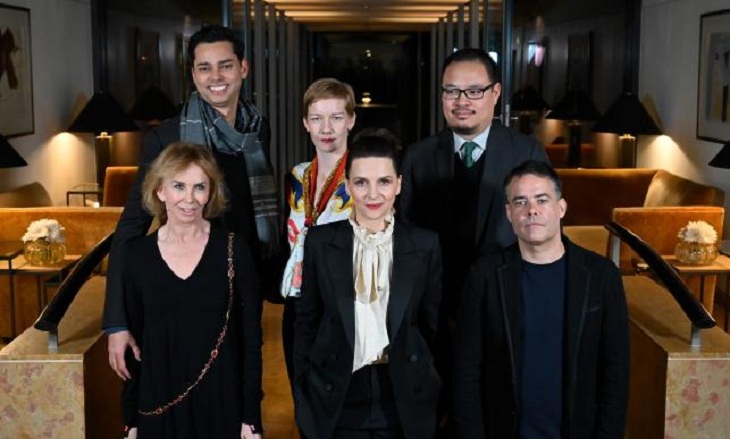 Europe's first major film festival of the year, the Berlinale, kicks off Thursday making a statement against entertainment industry sexism by welcoming an unprecedented line-up of female directors.

The 11-day event prides itself on being the most politically engaged of the A-list cinema showcases, presenting 400 movies from around the world, most on hard-hitting topical themes including rising extremism and economic exploitation.

Binoche, 54, will lead a six-member panel choosing the winner of the prestigious Golden and Silver Bear prizes, to be awarded at a gala ceremony on 16 February.

Last year, with the #MeToo movement roiling the industry, the innovative docudrama "Touch Me Not" about sexual intimacy by Romania's Adina Pintilie clinched top honours.

For the first time this year, seven out of the 17 contenders will be women -- a more than 40-per cent share that eclipses rivals such as Cannes and Venice, which have come under fire as chummy men's clubs.

The top festivals have long faced pressure to boost their female representation as they serve as gatekeepers to international distribution, awards and box office cash.

`Take a backseat'
Binoche welcomed the more diverse selection, saying it was long overdue and sent a message beyond the world of cinema.

"I think a lot of men don't get how women for generations have had to take a backseat," she told this week's Der Spiegel magazine.

"But (Berlinale chief) Dieter Kosslick assured me that he made his choices because they're good films, not just because women directed them."

Denmark's Lone Scherfig, who made the Oscar-nominated coming-of-age tale "An Education" in 2009, will start the festival with the premiere of her film "The Kindness of Strangers".

The bittersweet drama stars Zoe Kazan ("The Big Sick") as a mother of two who has to rely on her fellow New Yorkers for help, in a cast including Andrea Riseborough ("The Death Of Stalin") and Bill Nighy ("Love Actually").

Scherfig, 59, said she was proud her film would be opening the last Berlinale under Kosslick, who is passing on the baton after 18 years.

"It's a milestone edition so I'm really looking forward to presenting the film there," Scherfig told film industry bible Variety.

Acclaimed French director Francois Ozon will present his controversial new drama "By the Grace of God" based on real-life cases of sex abuse allegedly committed by a French priest.

A cardinal, Philippe Barbarin, is currently on trial in Lyon on charges he covered up the assaults, allegations he denies.

'World's biggest festival'
Kosslick, 70, is credited with expanding the Berlinale and boosting its international profile with high-wattage guests ranging from the Rolling Stones to festival regulars Swinton and George Clooney.

"Our fans have stayed true to us and grown so much that we can say we're the world's biggest film festival in terms of audience," Kosslick told AFP, with around a half-million tickets sold each year.

Kosslick will be handing over the reins at a time of growing competition from streaming services but said he saw scope for cinemas to "co-exist" and thrive.

After winning the Golden Lion top prize at the Venice film festival in September with "Roma", Netflix will enter the Berlin race for the first time with gay marriage drama "Elisa and Marcela" by Spain's Isabel Coixet, based on a true story.

In June, Kosslick will be succeeded by Carlo Chatrian, the current head of the Locarno film festival, and Mariette Rissenbeek, the Dutch director of German Film, which promotes homegrown movies abroad.

For his last edition Kosslick has opted to make a parting political statement, offering to buy tickets for leaders of the far-right Alternative for Germany party to a screening of "Who Will Write Our History?", a documentary about the Warsaw Ghetto.