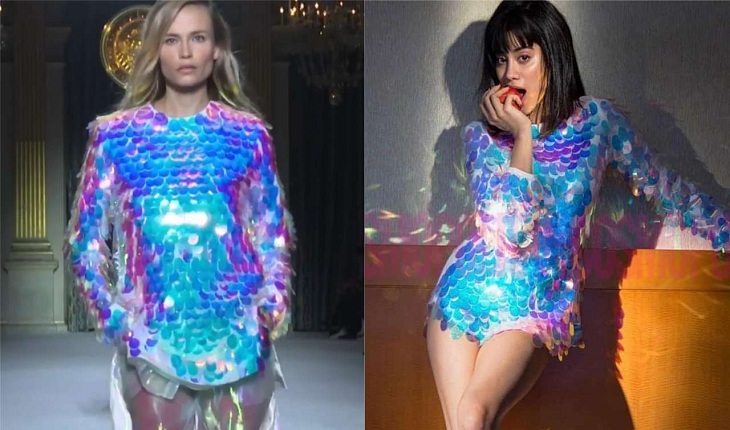 Janhvi Kapoor, the newbie of Bollywood is an epitome of fashion! The actress is considered a fashion icon for the youth, and her social media posts are proof enough.

The fashion police have been taking Janhvi Kapoor to task for wearing a rip-off. One of the outfits that the actor has worn for a mag's photoshoot is a copy of the French fashion house, Balmain's 2018 holographic collection. Janhvi slayed in the short, shimmery dress, perhaps oblivious that it was a copy. The designer has a lot to answer for.

On the work front, the actress will be next seen in Karan Johar's multi-starrer film, Takht, which is a historical drama. The film also stars Madhuri Dixit, Alia Bhatt, Varun Dhawan, Bhumi Pednekar, Anil Kapoor in pivotal roles among others. The actress has also taken Urdu lessons for her character in the movie.

Apart from this, Janhvi has already become the face of many A-list brands and puts up a perfect fashion face on the red carpet and casual outings. The daughter of producer Boney Kapoor and late actor Sridevi, Janhvi is prepping up for Gunjan Saxena's biopic.