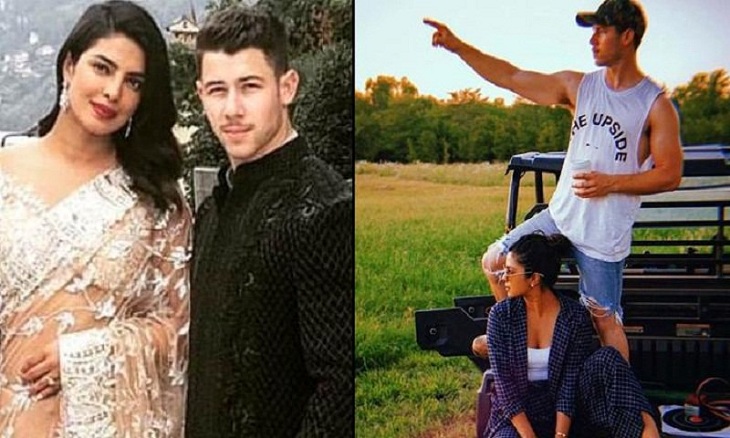 The wedding season this year is far from over as several Bollywood A-listers tied the knot within a few days. And now the multiple receptions are keeping their fans busy who try to keep a tab on their public appearances, starry parties and grand celebrations. Priyanka Chopra, who just hosted her third wedding reception in Mumbai, is reportedly set to throw a lavish reception in Los Angeles in the last week of January for her Hollywood friends.

A source has quoted to Mid-Day.com, “After their honeymoon in Switzerland, Priyanka will fly down to Mumbai for a schedule of The Sky Is Pink. She will join Nick in LA towards the month-end, to host a reception for their friends. Her team is currently doing a recce in Malibu and will soon finalise a venue. It will be a black-tie event, with Priyanka’s close friends Kerry Washington, Dwayne Johnson, Ellen DeGeneres, and Meghan, Duchess of Sussex, on the guest list. Many other Hollywood stars, including her co-stars from A Kid Like Jake and Isn’t It Romantic?, and Nick’s friends from the music fraternity are also expected. Besides her family, Priyanka’s cousin Parineeti Chopra is also likely to fly down for the soiree.”

Priyanka and Nick had tied the knot in a multiple-day wedding ceremony at the Umaid Bhawan in Jodhpur. Game of Thrones star and fiancé of Nick’s brother Joe Jonas was also a part of the event and took part in all the pre-wedding celebrations. After getting married in a Christian ceremony on December 1, the two took their wedding vows again on December 2 as per the Hindu rituals.

A musical sangeet ceremony was also hosted ahead of the wedding which saw the Jonas and Chopra families pittied against each other. In a dance face-off, Priyanka’s side had emerged as winners of the night. A vibrant mehendi ceremony was also organised along with a friendly cricket match. The couple returned to Delhi for a grand wedding reception held on December 4 and was attended by Prime Minister Narendra Modi.

Another wedding reception was held on December 19 in Mumbai to introduce Nick to her family and friends. This was followed by another lavish reception on December 20 that had the who’s who of the Hindi film industry in attendance. Newlyweds Ranveer Singh and Deepika Padukone were the headliners of the event as they danced their hearts out along with Priyanka and Nick at the gala.

Priyanka heads for London to shoot The Sky Is Pink