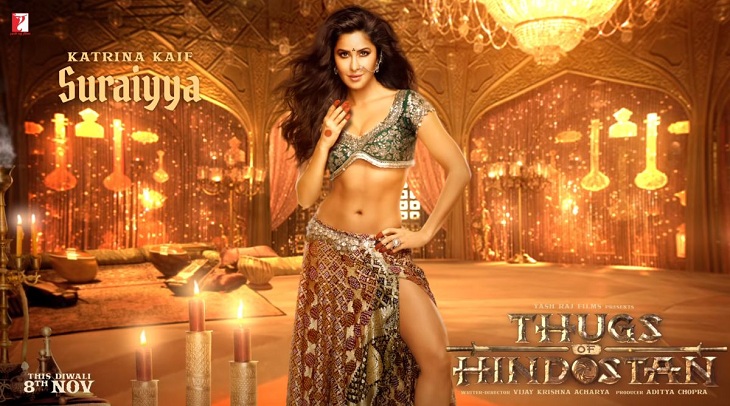 Yash Raj Films revealed the look of Katrina Kaif’s character in ‘Thugs of Hindostan’ on Friday.

Katrina, who plays the role of Suraiyya, is seen as a dancer about to perform before an audience which is waiting for the curtains to go up.

The makers shared the teaser on social media while announcing Katrina Kaif’s character in the epic drama film.

With Katrina’s character, every major character has been revealed except that of Aamir Khan. The makers have previously revealed the characters played by Amitabh Bachchan, Fatima Sana Sheikh, and that of the antagonist played by Lloyd Owen.

Directed by Vijay Krishna Acharya, ‘Thugs of Hindostan’ is based on Philip Meadows Taylor’s 1839 novel, ‘Confessions of a Thug’.

This larger-than-life epic drama brings two legends of the Indian cinema, Amitabh Bachchan and Aamir Khan, in the same film for the first time.

The film is slated for release on 8 November.

Nothing cheers me up better than a good meal: Katrina Kaif