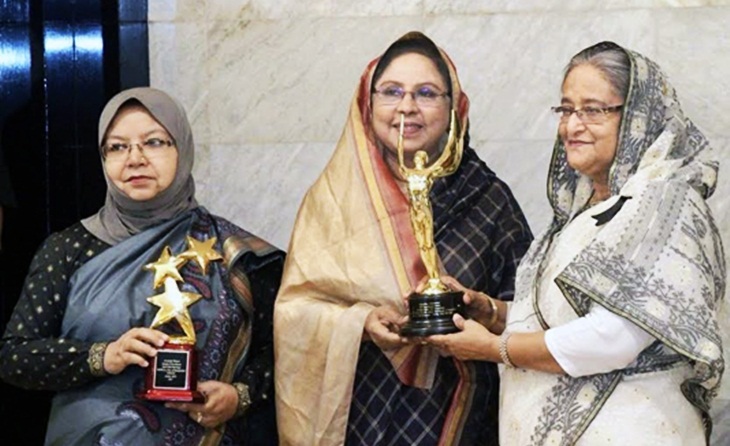 Prime Minister Sheikh Hasina today received two international awards given by the UNICEF in recognition to her government’s campaign against early marriage.

The awards are: the Accolade Global Film Competition 2017 Humanitarian Award for Outstanding Achievement and the Accolade Winner Award of Excellence End Child Marriage.

State Minister for Women and Children Affairs Meher Afroz Chumki and Secretary of the Ministry Nasima Begum handed over the two awards to the premier at the outset of the weekly cabinet meeting held at the Prime Minister’s Office here this morning.