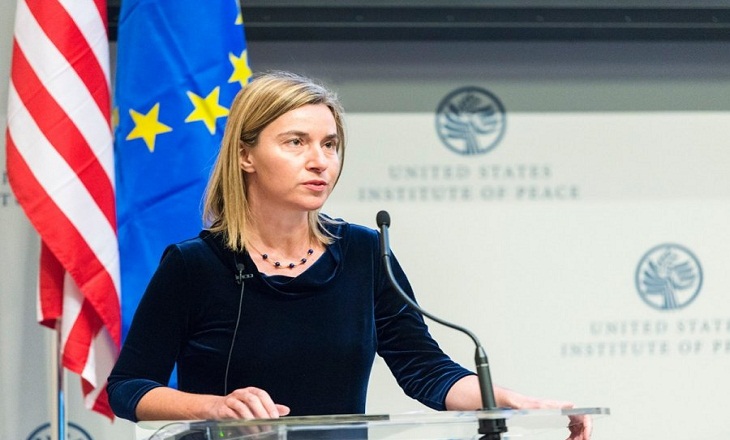 In Dhaka, she will also meet Prime Minister Sheikh Hasina to discuss the Rohingya crisis and the EU's support to the country in this context as well as other areas of the EU-Bangladesh partnership.

Federica Mogherini's visit to Bangladesh takes place after the European Union co-hosted the UN Pledging Conference on Rohingya refugee crisis in Geneva on  October 23 where the European Union's pledge of €30 million in new funding was the highest contribution among all donors, and the EU and its Member States pledged more than half of the total amount of pledges.

From Bangladesh, she will travel to Myanmar for the ASEM Foreign Ministers’ Meeting.

On Monday and Tuesday (November 20-21), the EU High Representative will lead the European delegation at the 13th Asia-Europe Meeting (ASEM) of Foreign Ministers in Nai Pyi Taw, Myanmar.

The theme of this year's Asia-Europe Meeting is “Strengthening Partnership for Peace and Sustainable Development”.

The meeting will focus on security, economic, and political issues of common interest to Asian and European Foreign Ministers, such as weapons of mass destruction and non-proliferation, countering terrorism and violent extremism, and strengthening cyber-security.

While in Nai Pyi Taw, High Representative/Vice-President Mogherini will also hold a number of bilateral meetings.

The visit will also provide an opportunity to address the situation in Northern Rakhine State, said the EU Embassy in Dhaka on Wednesday.

The Asia-Europe Meeting (ASEM) is a unique, informal platform for dialogue and cooperation between Asia and Europe on the big challenges of a fast-changing world, such as connectivity, trade and investment, climate change, but also broad security challenges such as counter-terrorism, migration, maritime security and cyber issues.

Bangladesh in crisis over providing humanitarian aid to Rohingyas: PM