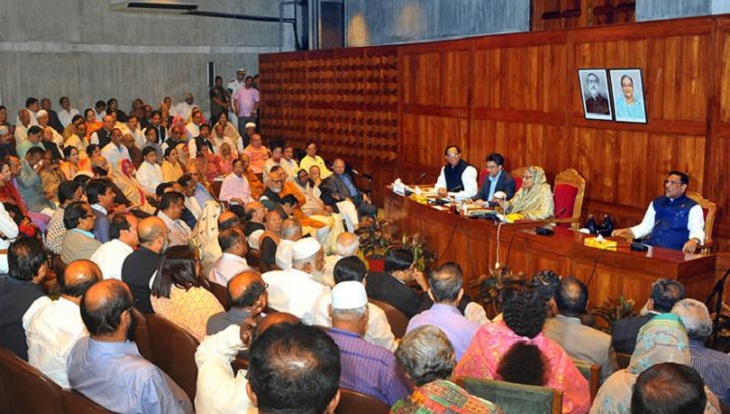 Prime Minister Sheikh Hasina yesterday said her party would give nomination to the candidates in the 11th parliamentary polls on the basis of survey.

"A survey will be conducted in all parliamentary constituencies after span of every six months to know popularity of local leaders and those who will do well in the survey will be picked for the next election," a number of AL lawmakers quoted the prime minister as saying after a meeting of the Awami League Parliamentary Party (ALPP)on sunday night.

Sheikh Hasina presided over the meeting held at the treasury bench room of the Jatiya Sangsad Bhaban.

The AL chief said those whose names will come in the survey report will get nomination. "No matter it is right or wrong," she said.

She directed the Awami League lawmakers to work unitedly to ensure party's victory in the next general elections.

The prime minister asked the MPs to narrow the distance between them and grassroots leaders and project the government development activities on the social media.

Meanwhile, 11 independent MPs out of the 16, joined the ALPP meeting and Sheikh Hasina introduced them to AL lawmakers at the beginning of the meeting.