Theresa May says Britain can 'turn corner' with Brexit vote 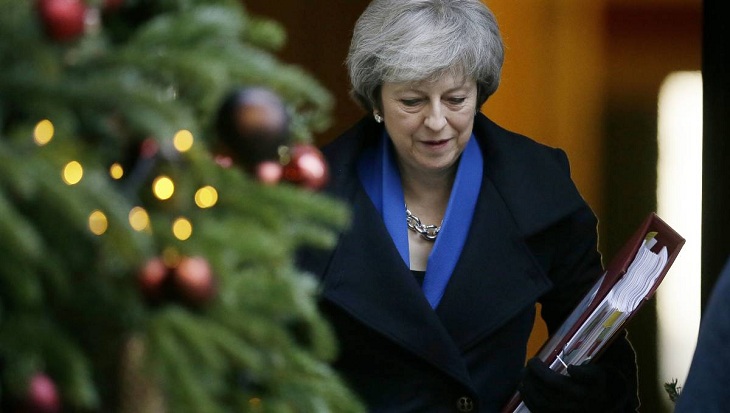 Britain's prime minister is using her new year's message to seek more political support for the proposed Brexit deal with the European Union.

Theresa May said Monday night that Britain can "turn a corner" and end a divisive period if Parliament backs the agreement she reached with the EU.

She says in a video message that "New Year is a time to look ahead and in 2019 the UK will start a new chapter."

May faces an uphill battle to win parliamentary backing for the bill, which is expected to come to a vote in mid-January.

Theresa May to face vote of no confidence