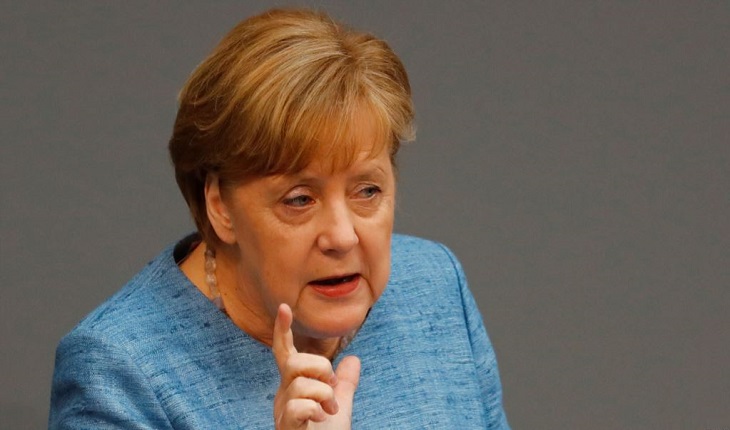 German Chancellor Angela Merkel said Wednesday it would be wrong to cancel the nuclear agreement with Iran, highlighting it as one of her main differences of opinion between Berlin and Washington.

President Donald Trump announced last week the U.S. would pull out of the 2015 accord, which is designed to keep Tehran's nuclear ambitions in check and took over a decade to negotiate. France and Britain have also pledged to uphold the deal provided Iran keeps up its side of the bargain.

Merkel used her annual budget speech to Parliament to affirm Berlin's position on the issue, listing the U.S. pullout among several pieces of "troubling news" — along with recent chemical attacks in Syria, violence in Gaza and daily cease-fire breaches in Ukraine.

"This agreement is anything but ideal," she told lawmakers, but noted that the U.N. nuclear watchdog has confirmed Iran is abiding by its terms.

"That's why we, Britain, France, Germany but also the members of the European Union, believe it's not right to cancel this agreement in this situation now," said Merkel, adding that concerns about Iran's ballistic missile program and its destabilizing influence in the region could best be discussed with Tehran by preserving the deal.

"Despite all the problems we have these days," she added, "trans-Atlantic relations are and remain of paramount importance."

Merkel told lawmakers that Germany's economy is on a good path and the government plans to increase its spending on defense and scientific research to ensure the country can meet the security challenges of the future and remain a leading industrial power.

During the debate, the co-leader of the far-right Alternative for Germany, Alice Weidel, was reprimanded by speaker Wolfgang Schaeuble for describing Muslim girls who wear headscarves as "useless people." Her party came third in last year's elections on an anti-immigrant program and is now the largest opposition party in Parliament.