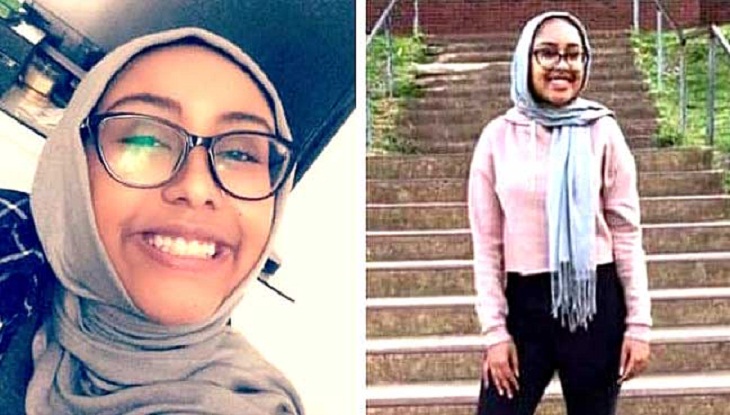 A teenage Muslim girl killed by a bat-wielding motorist near a Virginia mosque was an apparent victim of "road rage" and her death is not being investigated as a hate crime, police said on Monday.

Nabra Hassanen, 17, was attacked early on Sunday in Sterling, Virginia, about 30 miles (50 km) west of Washington, after attending late-night prayers for the Muslim holy month of Ramadan, when many Muslims fast from dawn until sunset.

Darwin Martinez Torres, 22, of Sterling, has been arrested and charged with murder in the incident that began with a road dispute with a boy on a bicycle who was among a group of teenagers that included Hassanen, Fairfax County police spokeswoman Julie Parker said. "It appears that the suspect became so enraged over this traffic argument that it escalated into deadly violence," she told a news conference.

Sharon Bulova, chairman of the Fairfax County Board of Supervisors, expressed solidarity with the Muslim center and said a prayer vigil would held on Wednesday at a high school.

"With regard to this case, I am confident justice will be served," she said at the news conference.

The attack took place about 3:40 a.m. as up to 15 teenagers who had attended prayer services at the mosque were returning from a fast-food restaurant, Parker said.

Some of the teenagers were in the road and Martinez began arguing with the boy on a bicycle as he was driving in his car, Parker said.

Martinez chased the youths into a parking lot, emerged from his car with a baseball bat, and struck Hassanen, she said.

He loaded Hassanen into his car and dumped her in a pond in neighboring Loudoun County, Parker said. A search team recovered the body on Sunday, and an autopsy showed she had suffered blunt force trauma to the upper body, she added.

The Washington Post reported that Hassanen and her friends were dressed in abayas, the robe-like dress worn by some Muslim women, prompting fears the victim was targeted because she was Muslim.

Police arrested Martinez about 90 minutes after the assault and a judge ordered that he remain jailed without bail, officials said. He has been assigned a public defender.