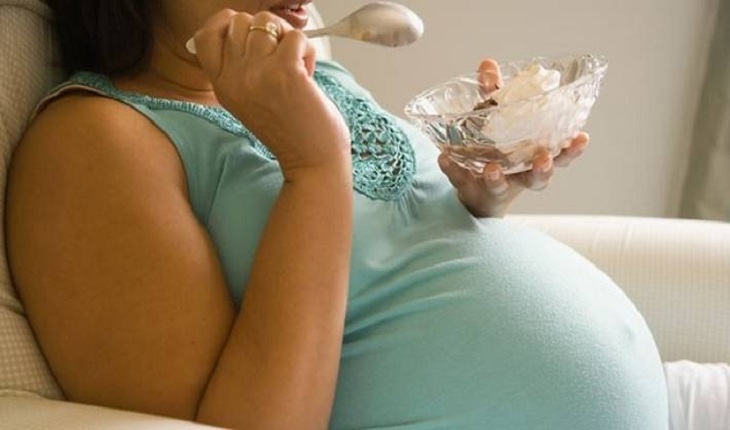 Researchers have found pregnant women who consume more of the daily food intake after 7:00pm, and who have poor diet during pregnancy, more likely to gain weight.

Accroding to the study, published in the journal Nutrients, the same groups are three times more likely to experience postpartum weight retention of five kilogrammes or more, 18 months after giving birth.

The researchers from KK Women's and Children's Hospital (KKH), drew data from a large scale birth cohort study, GUSTO (Growing Up in Singapore Towards healthy Outcomes).

"Our research, based on multi-ethnic Asian women, shows that although predominantly night eating and lower diet quality have been independently linked with weight gain, practising night eating along with low diet quality demonstrated the greatest likelihood of substantial postpartum weight gain and retention even after 18 months," study lead author Loy See Ling.

According to the researchers, there is evidence to show that retaining more weight after the first year of giving birth is associated with higher body mass index even at 15 years postpartum.

Weight retention after childbearing also appears to be more harmful than weight gain in other stages of life as the retained body fat is typically deposited in the abdomen (visceral fat) rather than in other parts of the body.

This phenomenon has a profound effect not only on the mother's lifelong health including, metabolic and cardiovascular disease consequences, but also on subsequent pregnancies and the future health of her child.

Overall, 16 per cent of the 687 pregnant women involved in the study gained and retained five kilogrammes or more at 18 months after giving birth.

The researchers suggest that night eating may be potentially more damaging than lower diet quality in contributing to substantial postpartum weight retention.

"Our body systems have evolved to metabolise food during the day and rest during the night. Hence, consuming more calories at night than day mismatches our body's natural body time clock by disrupting the metabolic rhythm in various organs such as liver, stomach, pancreas, fat tissue, resulting in disruption of energy metabolism," said study researcher Fabian Yap.

"The consumption of more calories at night is also closely linked with a later bedtime and hence, associated with overweightness and obesity," Yap added.