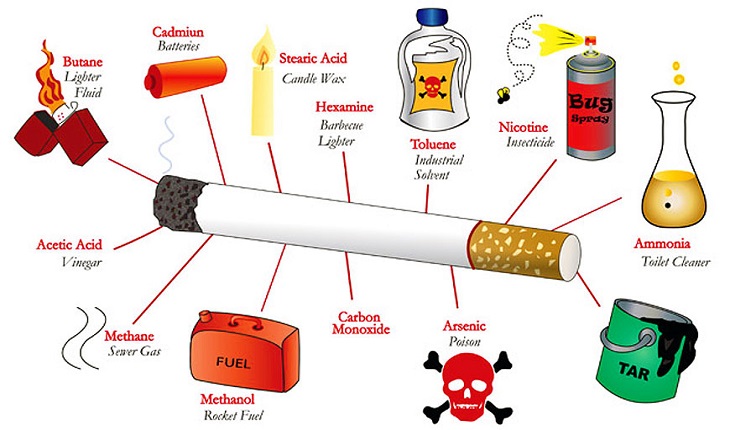 Sultana Begum (not real name), a housewife, was diagnosed as a cancer patient when physicians checked her at National Cancer Research Institute and Hospital at Mohakhali in the capital.

Physicians said, the housewife was affected by cancer as she had used tobacco leaf and Zarda along with betel leaf for a long time.

This is not an isolated incident. The use of tobacco products among females is increasing in the country.

According to World Health Organization (WHO), over 161,000 people die of tobacco use on an average every year in Bangladesh. It is about 19 percent of all the deaths.

A latest research report of WHO said, 43 percent people aged over 15 are addicted to tobacco, and 29 percent of them are women in the country. But most of females use smokeless tobacco.

Many women, however, are victims of indirect smoking.

Direct use of tobacco among females is also increasing.

According to a partial result of a survey titled 'Global Adult Tobacco Survey (GATS) 2017', the overall use of tobacco across the country has been reduced. But it has reduced more among males than females.

GATS said, the use of tobacco has been reduced by 18.5 percent among males, while 12.2 among females in the last eight years.

Smokeless tobacco (zarda, gul, sadapata, and Nasshi, Khoinee and Kimam) is more prevalent among females in the rural areas. It has become difficult to control it because of its social acceptance.

Four years back, Tamak Birodhi Nari Jote (Tabinaj) conducted a survey among 4546 families in the country's nine districts. In the survey on use of smokeless tobacco, it was found that there were 63 male users per thousand, while the number of female user was 379.

Rural women are being easily addicted to it because of its easy availability as well as it remains within their purchasing capacity, said Tabinaj.

The use of tobacco is extremely harmful for pregnant women and her baby. She may either give birth to less weight or dead baby.

According to the Cancer Registry Report 2014 of National Institute of Cancer Research and Hospital, 30 percent of the cancer-affected women had the habit of using chewable tobacco.

Farida Akhter, convener of Tabinaj, said that smokeless tobacco products are easily available here with less cost, which is the encouraging factor for its users.

It would be tough to achieve several goals of SDGs, including Ka of SDG 1 and 3, if we fail to contain tobacco, she said.

Awareness must be raised about the tobacco addiction among women. Special steps should be taken at family, social and state level immediately in this regard, said Farida.

Health and Family Welfare Ministry has taken various steps in public interest as tobacco is threat to public health.

World Health Organization (WHO) approved the Framework Convention on Tobacco Control (FCTC) in 2003 in public interest.

Bangladesh was one of several countries, which ratified it at the initial stage.

Later, the Act was strengthened and passed in the Jatiya Sangsad after renaming it as Smoking and Usage of Tobacco Products (Control) (Amendment) Act-2013.

The government pledged to make Bangladesh tobacco free by 2040. It is hoped that the objective would be fulfilled with the combined and sincere efforts of all concerned.