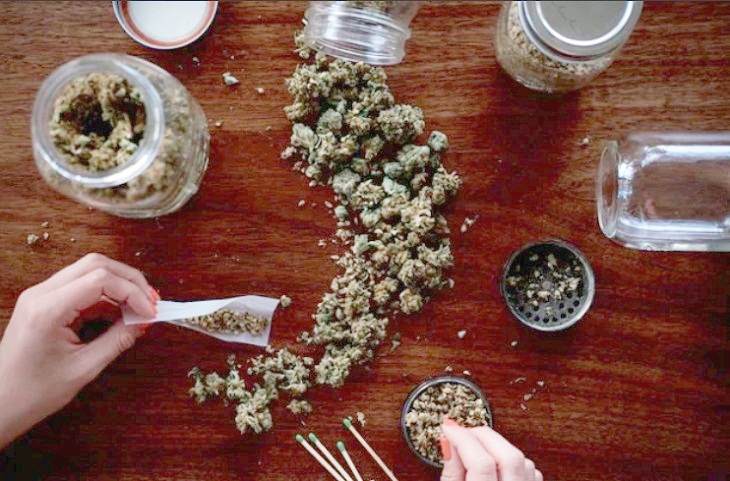 If you’ve ever smoked up raise your hand! Considered to be a non-addictive, mostly-harmless substance the popularity of marijuana is ever growing. The advocates of cannabis will probably tell you that cannabis can get your creative juices flowing and help you relax.

Except, there is now a research that states that this endorsement in the favour of weed, hash or whatever else you want to call it is a fallacy!

Psychologist Mikael Kowal conducted experiments on 40 regular users of cannabis. The control group of 20 non-users was given a placebo.

He studied the direct and chronic effects of cannabis on dopamine-related functions, such as creative thinking and the ability to recognise one’s own mistakes.

You see, the brain chemical dopamine is important for the proper working of the brain and also plays a role in learning performance. Kowal’s research showed that cannabis users were less able to brainstorm, a mental process that is crucial for creative performance.

“There is a widespread belief among users that these drugs enhance creativity. This experiment disproves that belief,” he says.

He also demonstrated that for chronic users the brain processes involved in monitoring mistakes also work less effectively. A high dose of cannabis seemed to influence both the unconscious processing of mistakes and also the later and more conscious stages of error processing.

“It is important that we gather more knowledge about the effects of cannabis on a person’s ability to detect mistakes. This can help with putting together a treatment programme for drug addiction,” said Kowal.

The research also indicated clear long-term effects: cannabis disrupts the activity of dopamine in the brain. With chronic users, a significant reduction was seen in the frequency of spontaneous eye blinking, an indication of a reduction in dopamine production.

The conclusion from other scientific research is that regular cannabis use does not necessarily have disastrous effects for the take-up of dopamine. It may well be that the age at which cannabis is first used is a crucial factor, Kowal suggested.

The type of cannabis and the way neurobiological processes interact with one another can also result in individual differences.

“More research is needed on the effects of cannabis and on the individual consequences it can have on mental functions,” concluded Kowal.

Dos and don’ts for a healthy monsoon

Ghee: Why you shouldn’t avoid it this winter