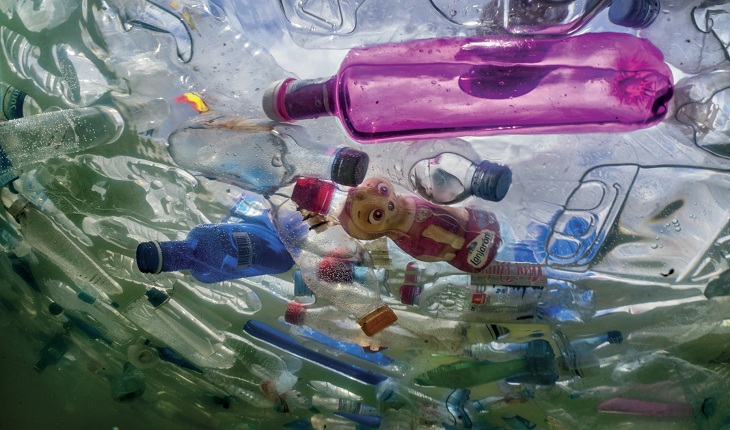 A team of scientists and engineers, co-led by National Geographic Fellows Jenna Jambeck and Heather Koldewey, launched a two-month long trek to traverse the complete 2,575 kilometers of the traditional Padma river from the Bay of Bengal to the origin of the river in the Himalayas at the end of October this year.

The expedition that ended about three weeks ago was the second phase of National Geographic's Sea to Source expedition along Bangladesh and India's Padma River.

Generally, according to a press release, the expedition will monitor differences and similarities in the river system's plastic pollution behavior after the monsoon season.

The river expedition "Sea to Source: Ganges" aims to mobilize a global expert community to help address the global issue of plastic pollution.

The group will assess the levels of post-monsoon plastic pollution in the river and surrounding communities during the trip, and conduct interviews and seminars on approaches at each location.

The team will work with local and national stakeholders to educate strategies using the data they collect, address knowledge gaps, and help create a meaningful long-term improvement.  In partnership with India's Wildlife Institute (WII), the Indian Institute of Technology, Dhaka University, Wild Team, and the Isabela Foundation, the expedition will also focus on documenting how plastic waste travels from source to sea and filling critical knowledge gaps in plastic flow, load, and composition. Tata Trusts in India also funds the project.

"Plastic pollution from the ocean is a global crisis. Approximately 9 million tons of plastic are added each year. Its rivers serving as large conveyor belts carrying synthetic waste into the water, "said Heather Koldewey, National Geographic Fellow, Explorer and scientific co-leader of the expedition" Sea to Source: Ganges.

"Our focus on this exploration is on understanding how people and pollutants interact with the Padma River and eventually the environment, using our information to raise awareness and find alternatives." The river expedition's first step took place in May-July this year.

The group has organized nine public seminars on plastic waste strategies during its expedition so far, surveyed more than 250 people about their views and use of plastic, gathered more than 300 environmental samples, and recorded more than 56,000 pieces of debris using the Marine Debris Tracker app.

They have launched 3,000 biodegradable wooden' drift tickets' and 10 plastic' bottle stickers' to map plastic waste transport through community engagement on land as well as waterways.

The team is planning to share their experiences of exploration in real time. Everyone can follow with the hashtag #ExpeditionPlastic Twitter and Instagram at NatGeo.org / plastic or on social media. And a promise can be made to reduce single-use plastic atnatgeo.com/plasticpledge to endorse Earth or Plastic.

Hilsha back in Rajshahi Padma River