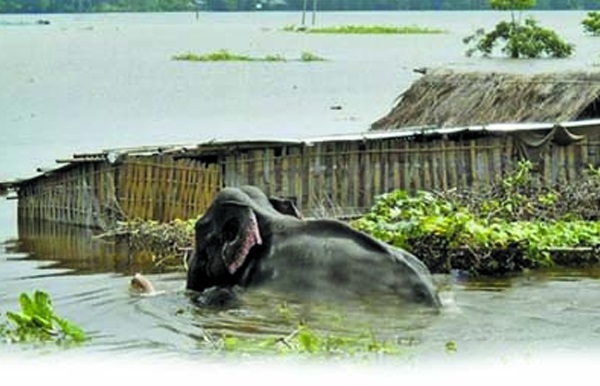 Efforts of Bangaladeshi team is continuing to rescue the Indain wild elephant which was roaming in Sarishabari upazila of Jamalpur district.

Sources said the elephant was roaming at Char Syedpur village under Kamrabad union of Sarishabari upazila of the district till 3.30 pm today.

He said flood water is receding and favorable situation is being created.

He said they were equipped with necessary medicine, tranquilizing gun and others apparatus to rescue the elephant.

The wild male elephant weighing about four metric tons floated to Bangladesh from Assam of India with floodwater through Roumari boarder of Kurigram district on June 27.