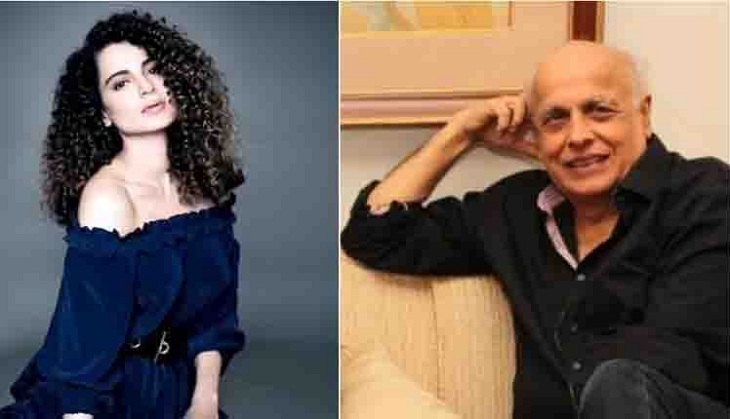 Days after Rangoli Chandel alleged that Mahesh Bhatt "threw a chappal at Kangana Ranaut" at the screening of 2007 film Woh Lamhe after she refused to sign one of his films, the Sadak director told that he won't comment on Rangoli's allegations and that Kangana is like a daughter to him. "She (Kangana) is a bachchi.

She started her journey with us. Just because her relative (Rangoli is also Kangana's spokesperson and manager) is attacking me, I won't comment," said Mahesh Bhatt. Kangana debuted in Bollywood with 2006 film Gangster, which was directed by Anurag Basu and co-produced by Mahesh Bhatt with his brother Mukesh.

Kangana Ranaut initiated a verbal attack on Mahesh Bhatt's daughter Alia Bhatt, also an actress, saying that she was 'embarrassed' that Alia Bhatt in Gully Boy was considered her competition after featuring a poll for Best Actress of 2019 (so far). When Alia Bhatt was asked about Kangana's comment she simply said that she'd "rather focus on her work." Later, when Rangoli launched scathing attacks on Soni Razdan and Alia Bhatt, tagging them as "non-Indians" for their British citizenship, the Raazi actress told PTI: "Everybody has the right to say what they want to. I will be quiet, that's my stand."

However, this time, Soni Razdan posted a tweet (which she later deleted), which read: "Mahesh Bhatt is the man who has given her a break...She goes on to attack his wife and daughter. Daughter over and over again. What is left to be said then about abusing and hatred I wonder. Apart from character of course. Agenda. What's hers?"