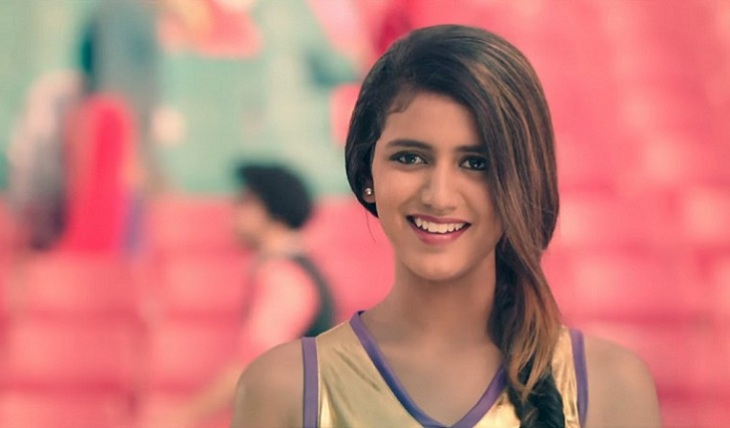 Actress Priya Prakash Varrier, who became an internet sensation because her viral wink, found a spot on the list of trends after an innocent mistake on Instagram. For one of her promotional posts for a perfume label, the 19-year-old actress appeared to have added some additional text  along with the caption.

The Internet, which is always at its mean best, began pointing out how Priya Prakash Varrier's copy-pasting attempt went wrong. However, the caption was rectified soon as several users posted comments such as: "Unfollowing her" and "creative way to get trolled."

Screenshots of Priya Prakash Varrier's Instagram faux pas have been shared by netizens and here's a glimpse of it.

Something similar happened with actress Disha Patani earlier when she posted a personal message along with caption text for promotional video of hers for an advert. Netizens had one thing to say to her: "Golden rule, read twice before posting."

Meanwhile, Priya Prakash Varrier has both offended and impressed the Internet with her viral scenes from the film Oru Adaar Love. In February, a scene featuring a kiss with co-star Roshan Abdul Rauf infuriated the Internet while last year, her wicked winking skills from the same film had won over netizens.

Meanwhile, actress Noorin Shereef, who played the female lead in the school romance drama, said in interviews that Priya Prakash Varrier's viral wink sidelined her performance in the film. Priya Prakash Varrier also turned out to be 2018's most googled celebrity in India.