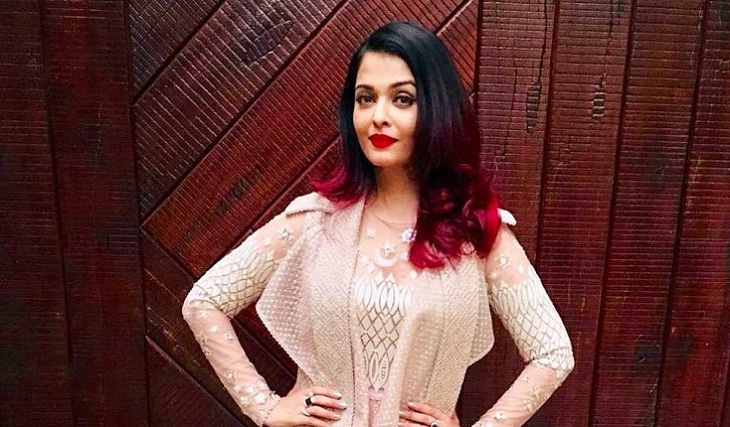 Actress Aishwarya Rai Bachchan kept away from the social media for a very long time until joining Instagram earlier this year. She says the fact that people start seeing it as a “barometric reflection of your popularity or status” was a put off for her.

The actress and former Miss World has spoken up about it for Conde Nast Traveller India, the 50th issue of which features her as the cover star.

So far, she says, her social media journey has felt natural.

“I don’t post whatever happens through the course of the day because then it would become a job and then you’re constantly focusing only on the fruition of it, and not the actual experience. I need to be connected to my real life,” said Aishwarya, according to excerpts shared with IANS.

What made her decide to make her social media foray finally?

“I think it’s the patience, prodding and perseverance of my well-wishers… I mean, it’s the way of the world; I get it. The reason I stayed away for so long was that the nature of the beast is such that it becomes a business. Everyone wants numbers, they start to see it as a barometric reflection of your popularity or status. How do you then monetise it, or treat it professionally?

“It’s fine that it’s a business at the end of the day, but I didn’t want to get drawn into that entire world, the drama. That said, it’s a way of life, it’s the world in which our kids are growing up, it’s here to stay, and there’s nothing wrong with it,” added the mother of one.

Aishwarya and her actor husband Abhishek Bachchan have a daughter named Aaradhya together. Glimpses of their vacations are sometimes a part of what the actress shares with her fans online.

Talking about her favourite vacation style — beaches, mountains, cities, jungles or deserts — she said: “Abhishek and I are happy everywhere but ‘e’ve been doing a lot more beach destinations since we had Aaradhya.”

What is always in Aishwarya’s travel bag?

“You c’n’t ask me that! Abhishek always laughs and says my bag is like a Mary Poppins bag – even before Aaradhya. Whatever you need will pop out of it. Everything that you could possibly think of is in there.”