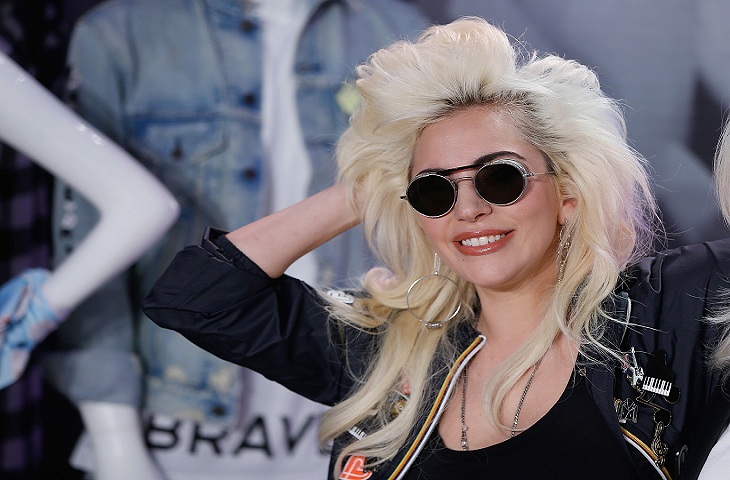 Two movies aimed at wildly different audiences — both examples, at least on paper, of what many cinephiles insist is wrong with Hollywood — became instant blockbusters over the weekend, pushing theatres to an October ticket-selling record.

“Venom,” starring Tom Hardy as a fanged superhero, and the bittersweet romance “A Star Is Born,” this time with Lady Gaga in the lead role, each exceeded the pre-release expectations of box-office analysts by roughly 30 percent. Superhero fatigue? No evidence. Nobody wants to see a remake of a remake of a remake? Think again.

For all movies in release, ticket sales at North American theatres totalled roughly $174.5 million, a record for a weekend in October, a month when movie-going tends to be relatively light. According to comScore, which collects box-office data, the previous high-water mark for an October weekend was in 2015, when “The Martian” helped Hollywood generate total domestic ticket sales of $163.5 million, after adjusting for inflation.

“The box office prospers and expands when there are diverse options,” said Phil Contrino, director of media and research for the National Association of Theatre Owners. On Oct 19, Hollywood is expected to serve up another smash: Analysts say that “Halloween,” with Jamie Lee Curtis returning in a lead role, will arrive to at least $60 million in opening-weekend ticket sales.

“Venom,” which cost Sony Pictures Entertainment an estimated $100 million to make, not including tens of millions of dollars in marketing costs, primarily attracted the fan-boy crowd, which looked past poor reviews to buy about $80 million in tickets. “Venom” collected an additional $125.2 million overseas, with initial results in Russia and South Korea outpacing those for superhero movies like “Suicide Squad” and “Ant-Man.”

Sony urgently needed “Venom” to succeed. The studio, suffering from a dearth of franchises, has identified lesser-known comic book characters as one possible solution. “Venom” was the first such effort — a proof of concept for a larger “tent pole” movie strategy. As part of a deal with Marvel, Sony controls film rights to characters in the Spider-Man family; Venom is one of the web-slinger’s greatest foes. (Spider-Man is not in “Venom.”)

One question is how the horror-tinged “Venom” will perform in the weeks ahead. Can it attract repeat viewing? Expand its audience beyond comic book fans? Reviews do not bode well. On the other hand, the masses appeared to disagree with critics: Ticket buyers gave “Venom” a B-plus grade in CinemaScore exit polls, and out of 16,000 Rotten Tomatoes users who voted on the movie, 89 percent said they liked it.

Second place for the weekend went to the critical darling “A Star Is Born,” which took in about $41.3 million — a huge total for a contemporary musical romance, a genre that is considered so risky that studios largely run the other way. (“La La Land” be darned.) To compare, the runaway 1992 hit “The Bodyguard,” starring Whitney Houston at the height of her fame, arrived to roughly $30 million in ticket sales, after adjusting for inflation.

“A Star Is Born,” which marked Bradley Cooper’s directing debut and gave Lady Gaga her first starring role in a film, took in an additional $14 million in limited release overseas. The film cost about $36 million to make, not including marketing costs, and was produced by Warner Bros. in association with Live Nation Productions and Metro-Goldwyn-Mayer.

This version of “A Star Is Born” — the fourth, including the 1937 original — drew power from an audience that Hollywood often ignores: older women. Warner said that 68 percent of ticket buyers were over the age of 35 and 42 percent were over 50. About 66 percent of the total audience was female. The film, which is expected to figure heavily in the coming Academy Awards race, received an A grade in CinemaScore polls.

To generate interest in “A Star Is Born,” Warner marketers relied heavily on Live Nation and its Ticketmaster division. Marketing partners also included iHeartRadio. On Sunday, the “Star Is Born” soundtrack was No. 1 on the iTunes album chart and had the top three songs on the singles chart.

Rounding out the top three for the weekend was the animated musical “Smallfoot” (Warner Bros.), which collected about $14.9 million, for a two-week domestic total of $42.8 million. The comedy “Night School” (Universal) was fourth; it took in $12.3 million, for a two-week total of $46.8 million. “The House With a Clock in Its Walls” (Universal) sold about $7.3 million in tickets, for a three-week total of $55 million.