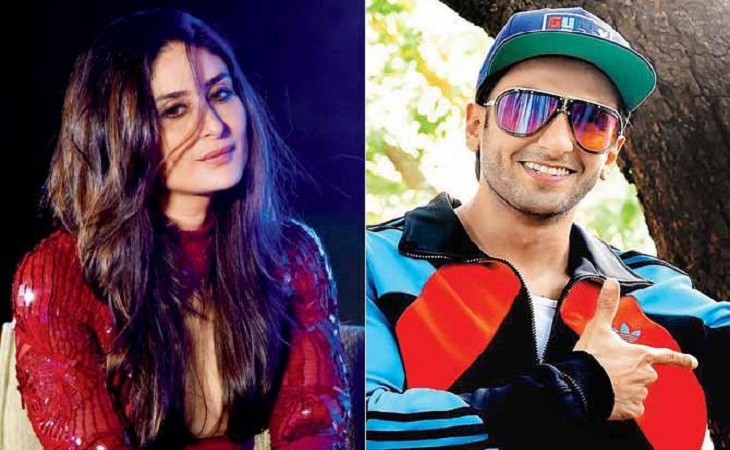 Ranveer Singh was always keen to work with Kareena Kapoor Khan. He considers himself Bebo's biggest fan. Karan Johar has finally made it possible by pairing the two in Takht. Kareena was the first choice for Sanjay Leela Bhansali's Ram Leela (2013).

But when Bebo tied the knot with Saif Ali Khan in 2012, Bhansali did a rethink. He was not too keen to have a married Leela and turned to Deepika Padukone instead. Bebo had also turned down Bajirao Mastani (2015) and Dil Dhadakne Do (2015), both starring Ranveer.

Takht will be an epic battle for the majestic Mughal throne. It will be a story of a family, ambition, greed, betrayal, love and succession. More importantly Takht will be about war and love. The period drama's screenplay is by Sumit Roy and dialogues are written by Sumit Roy and Hussain Haidary. It is being produced by Hiroo Yash Johar and Apoorva Mehta and directed by Karan Johar. The film will release in 2020.

Kareena Kapoor to get 50 per cent remuneration hike